Eden Hazard was unveiled at the Santiago Bernabeu on Thursday as around 50,000 supporters turned out to welcome the player they hope will launch a glorious new era under Zinedine Zidane.

The 28-year-old Hazard was presented with the home shirt, which was without a number, by club president Florentino Perez, moments after the Belgian had delivered a brief statement to his expectant fans.

“Hello everyone,” Hazard started in Spanish, to huge cheers, before continuing in French. “It was my dream since I was small to play for Real Madrid and now I am here.”

“You are one of the best players in the world,” added Perez. “We know Real Madrid was where you wanted to be and now you’re here.” 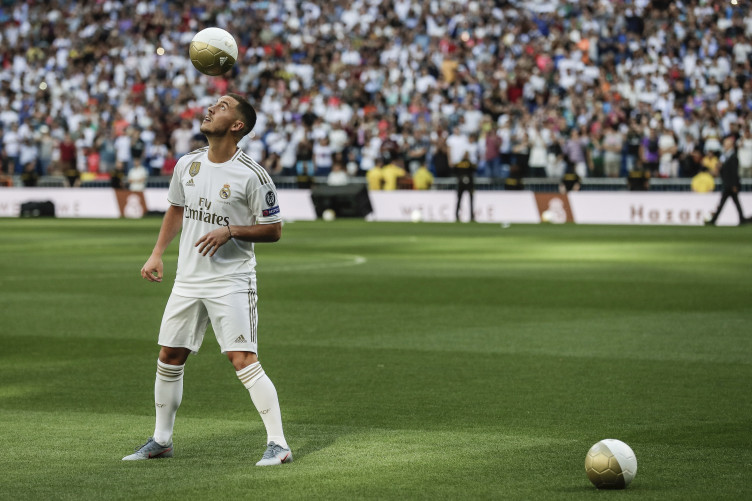 Madrid confirmed the much-anticipated transfer of Hazard from Chelsea on Friday for an initial 100 million euros ($113 million), with another 45 million in potential add-ons.

The full amount would trump the 101 million euros Madrid paid Tottenham for Gareth Bale and the 91 million euros they spent to sign Cristiano Ronaldo from Manchester United.

MORE:  Africa Cup of Nations moved back to January a 'catastrophe', says Klopp

Ronaldo attracted almost 80,000 for his presentation in 2009 and while the attendance for Hazard was not as large, this was still an impressive turnout.

Even three hours before, long queues snaked around the stadium while some supporters were seen running towards entrances they heard had suddenly been opened.

Inside, they roared as Hazard’s best goals were shown on a big screen and then again when he struck a penalty into an open net.

Hazard juggled with one ball in front of the cameras and then booted dozens of them into the stands, waving and applauding as he walked around the edge of the pitch.

Before he emerged, there had been chants of “We want Mbappe!” and a scattering of whistles for Perez, who has been tasked with rebuilding a Madrid squad that woefully underperformed last season.

Perez has admitted to being interested in Kylian Mbappe but the club’s transfers this summer already amount to around 300 million euros after the arrivals of Luka Jovic, Eder Militao and Ferland Mendy.

There will surely have to be sales before the French striker could be prized from Paris Saint-Germain.

Without Mbappe, it will be Hazard, who scored 110 goals in seven seasons at Chelsea, who may be the star of Zidane’s renovated team, with the winger’s arrival bolstering an already-bloated list of attacking options.

Scrapping for the spots in support of Karim Benzema are currently Vinicius Junior, Bale, Isco, Brahim Diaz, Marco Asensio, Lucas Vazquez and even James Rodriguez, who has returned from a loan spell at Bayern Munich. 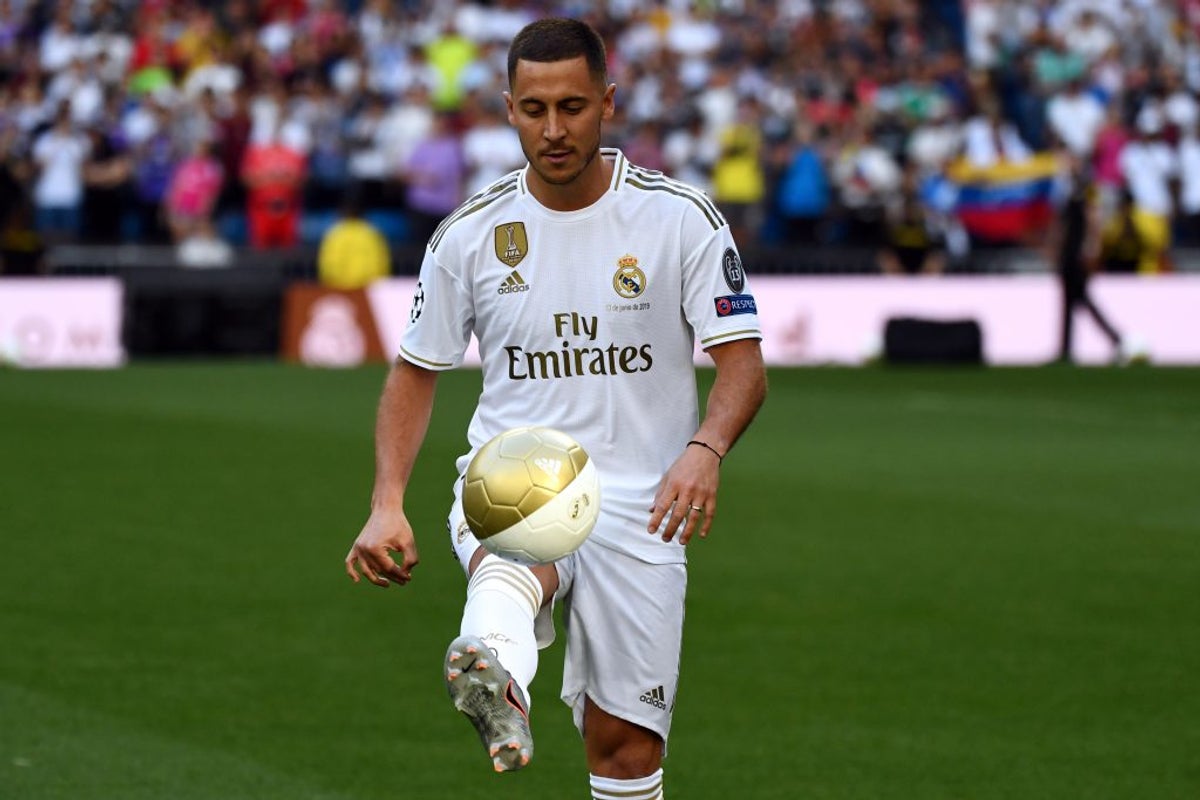 Hazard’s place is all-but guaranteed and he will be expected to at least help in plugging the gap left by Ronaldo’s departure to Juventus. They are big shoes to fill.