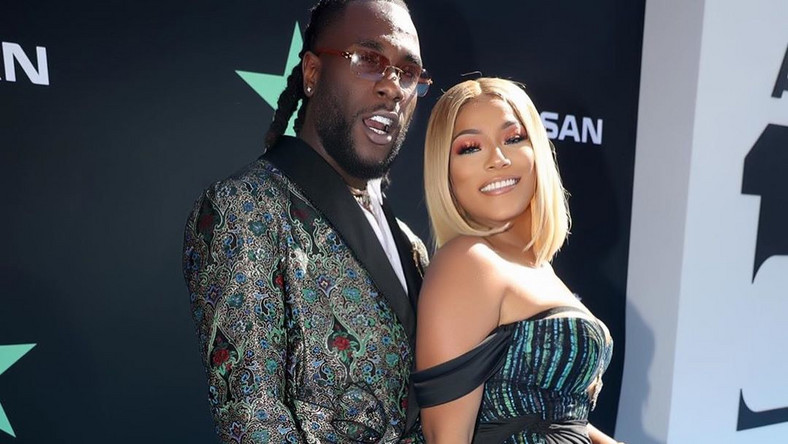 British rapper Stephanie Victoria Allen better known by her stage name Stefflon Don in recent times has been more open and vocal about her relationship with Nigerian artist, Damini Ogulu popularly known as Burna Boy whom she has been dating for a number of months now.

The “Fire In The Booth” crooner in a recent interview with Los Angeles radio station, Power 105.1. has opened up on how she and the “Dangote” crooner met in Ghana after a missed flight.

Speaking to the media outlet, she said she missed her flight while on a trip to Ghana and decided to attend a show where Burna Boy performed.

“I met him in Ghana. I was in Africa for a show then I missed my flight, he had a show where he performed and I went to the show and the rest is history baby. He told me I was going to be his wife and you know how boys always talk shit, but I didn’t remember he said that but he told me and I was like wow.”

Opening up further, she disclosed that her BET winner partner told her people would soon see her wearing an engagement ring.

“I’m not one of them crazy bitches I know he’s gonna see this interview later and say ‘What da f**k’ like I’m the wife. Next time I’m gonna have a ring… I mean he told me so, I’m not just making it up.”

It is noteworthy that this would not be the first time that the couple would hint at the possibility of an engagement. A few months ago during an interview, Burna Boy said Stefflon Don was his wife and he didn’t blink when he professed his love for her.

Again, during an interview with Ebro on his show ‘Beats1’ on Hot 97 FM in the United States of America. The On-Air personality wanted Burna Boy to clarify his relationship status with Stefflon Don and he responded.

“On a more serious note, that’s my wifey. If you wanted a wifey, she’s like the most perfect person with that perfect description. Unfortunately, she’s mine now…”