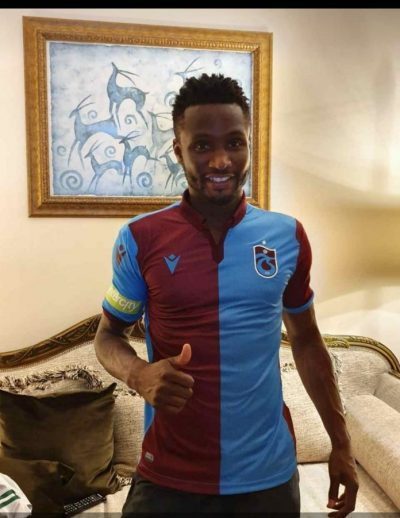 The former Chelsea star penned a two-year contract, with the option to extend for a further year in the club’s favour.

Mikel transferred to Tianjin Teda in January 2017, ending his close to 11-year association with Chelsea and returned to England to play for Middlesbrough in the January transfer window.

The defensive midfielder was in search of a new club following his release by the Riverside Stadium outfit, for whom he played 19 matches, scoring one goal on the final day of the regular season.

According to the agreement, Mikel will earn €1.5 million euros in his first season at Trabzonspor and another guaranteed €1.5m in the second year of his contract (approximately N1.22 billion in Nigerian currency over the duration of his contract).

Mikel is currently having a bad tournament with the Nigeria team in the ongoing AFCON in Egypt.

MORE:  Osimhen to become the most expensive Nigerian player after €70m Napoli move