A striker in the Malawian League Hassan Kajoke has been rewarded with a chicken for his superlative performance in a match against rival club which his team drubbed 5 nil.

Kajoke who plies his trade with Nyasa Big Bullets received a chicken on the pitch after the match from a fan for his fantastic performance in the 5-0 humiliation of Karonge United TNM in the Super League match on Sunday at Kamuzu Stadium.

The striker netted a brace in the explosive encounter and subsequently received his chicken reward and the club wasted no time to post it on its Facebook page. 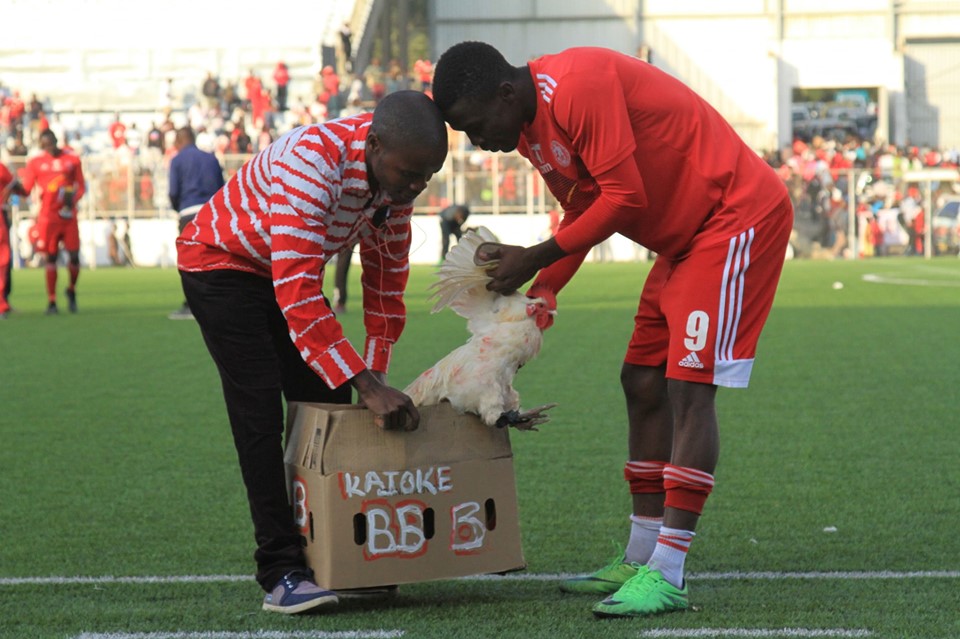 The picture had since gone viral on social media.

The Malawian League Management had earlier said on its website that the award was given by a sponsor but reversed and said that the chicken was given to Kajoke by a fan who was impressed by his performance in the match.

The reversal followed lots of comments the photo attracted on social media.

The unidentified fan asked for permission to be allowed to present his gift, covered in a holed carton and inscribed ‘Kajoke BB’.

He also spread red colors on the chicken, apparently signifying the tradition red and white colors for the club.