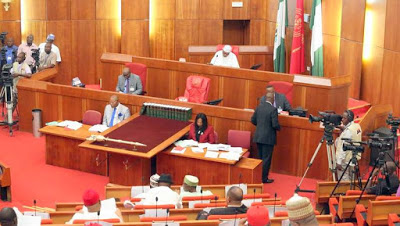 The Senate on Wednesday screened 10 ministerial nominees out of the 43 sent by President Muhammadu Buhari on Tuesday.

Among the 10 were three former senators and a serving member of the House of Representatives.

President of the Senate, Dr Ahmad Lawan, who presided over the exercise, described the performance of all the nominees who appeared before the Senate as “impressive”.

He also announced that the exercise would continue on Thursday and listed those to be screened to include Sen. Tayo Alasoadura (Ondo), Mustapha Shehuri (Borno), Retired Maj. Gen. Bashir Magashi (Kano), Niyi Adebayo (Ekiti) and Timipre Slyva (Bayelsa).