More than 100 migrants were missing after their boat sank off the coast of Libya in what might be the worst tragedy in the Mediterranean this year, aid agencies said Thursday.

“The sinking took place off the coast of the city of Khoms,” some 100 kilometres (60 miles) from Tripoli, said Safa Msehli, spokesperson for the International Organisation of Migration in Libya.

About 145 migrants were rescued by the Libyan coastguard, and survivors had reported that about 150 people remained missing, she said.

General Ayoub Kacem, a spokesman for the Libyan navy, said that “134 migrants were rescued and a body recovered, while 115 other migrants are still missing”.

“A wooden boat carrying around 250 people, including women and children, sank some five nautical miles from the coast, according to witness testimony from the migrants who survived,” Kacem said in a statement.
The charity Doctors Without Borders (MSF) said as many as 250 migrants were still missing.

The migrants had been apparently headed out to sea on three boats lashed together, MSF mission chief Julien Raickman told AFP by telephone.

He said survivors had reported a total of almost 400 people on board.

Kacem said most of the rescued migrants were from Ethiopia while others were Palestinians and Sudanese. The coastguard was waiting for authorities to provide accommodation for them.

The head of the UN refugee agency Filippo Grandi tweeted that it was “the worst Mediterranean tragedy of this year”.

“Restoring rescue at sea, ending refugee + migrant detention in Libya, increasing safe pathways out of Libya must happen NOW, before it is too late for many more desperate people,” he added.

The capsize came only a few weeks after some 68 migrants died when an Italy-bound boat sank off Tunisia. 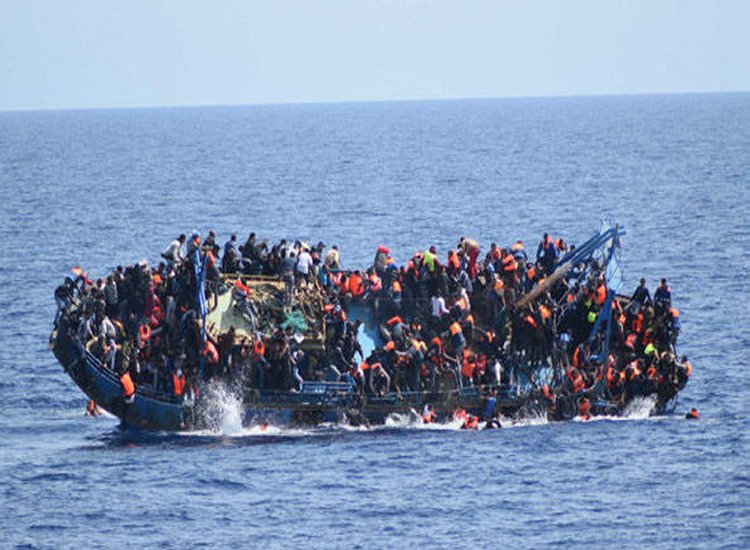 That vessel, filled with mostly African migrants, tipped over shortly after setting out from the Libyan town of Zuwara, west of Tripoli, with the aim of reaching Italy.

Libya, which has been wracked by chaos since the 2011 uprising that killed president Moamer Kadhafi, has long been a major transit route for migrants, especially from sub-Saharan Africa, desperate to reach Europe.

The Norwegian-flagged Ocean Viking will “conduct search and rescue activities in the central Mediterranean” for SOS Mediterranee and MSF, the group said in a statement.

It said the exodus from Libya was “one of the most perilous sea crossings in the world”.

After nearly three years of operations in which it rescued some 30 000 migrants, the Aquarius had been forced to cease operations because of what the group said was obstruction by some European countries.