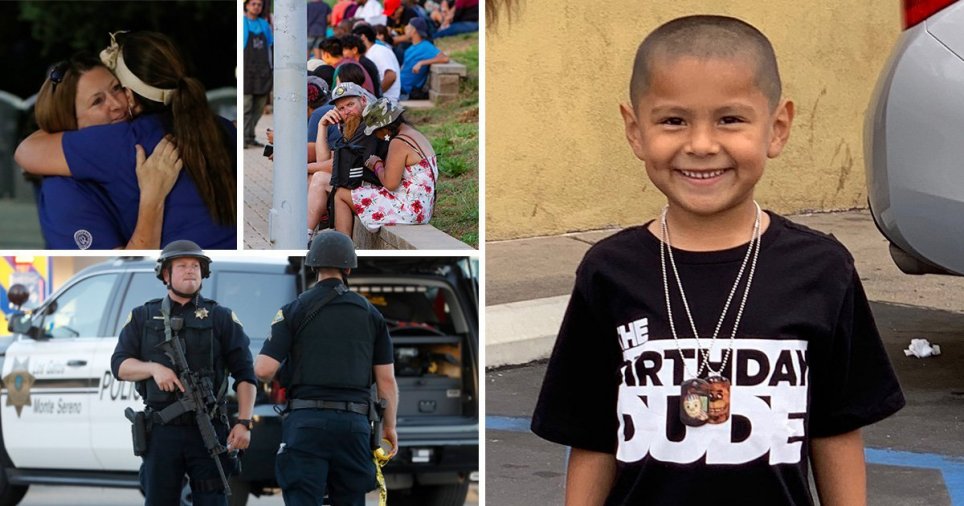 Three people were killed in a shooting at a major food festival in California on Sunday before police gunned down the suspected attacker, officers said.

Among the victims was a six-year-old boy, his grandmother told US media, while at least 15 others were injured.

Officers confronted and shot dead the suspect “in less than a minute,” said Scot Smithee, police chief of the city of Gilroy, 30 miles (48 kilometers) southeast of San Jose.

A search for a possible second suspect was ongoing, Smithee said, adding that the site of the three-day Gilroy Garlic Festival was “still an active crime scene.”

“We believe based on witness statements that there was a second individual involved in some way, we just don’t know in what way,” he told journalists.

The grandmother of six-year-old Stephen Romero said he was shot while attending the event with his mother and other grandmother.

Describing her grandson as “always kind, happy and… playful,” Maribel Romero told ABC7 News Stephen had died by the time she arrived at hospital.

Footage showed people fleeing in terror as shots rang out at one of the largest food festivals in the country.

A witness named Julissa Contreras told NBC a white man in his 30s armed with a rifle opened fire indiscriminately.

“I could see him shooting in just every direction. He wasn’t aiming at anyone specifically. It was just left to right, right to left,” Contreras said, according to NBC.

“He definitely was prepared for what he was doing,” she said.

Smithee said the suspect appeared to have entered the 50-acre festival site via a creek, using cutting equipment to breach the event’s perimeter.

Metal detectors and bag searches were in place as part of “very tight security” at the festival, he said.

No motive was known but the suspect’s shooting appeared “somewhat random,” Smithee added. The suspect used “some sort of a rifle,” he said.