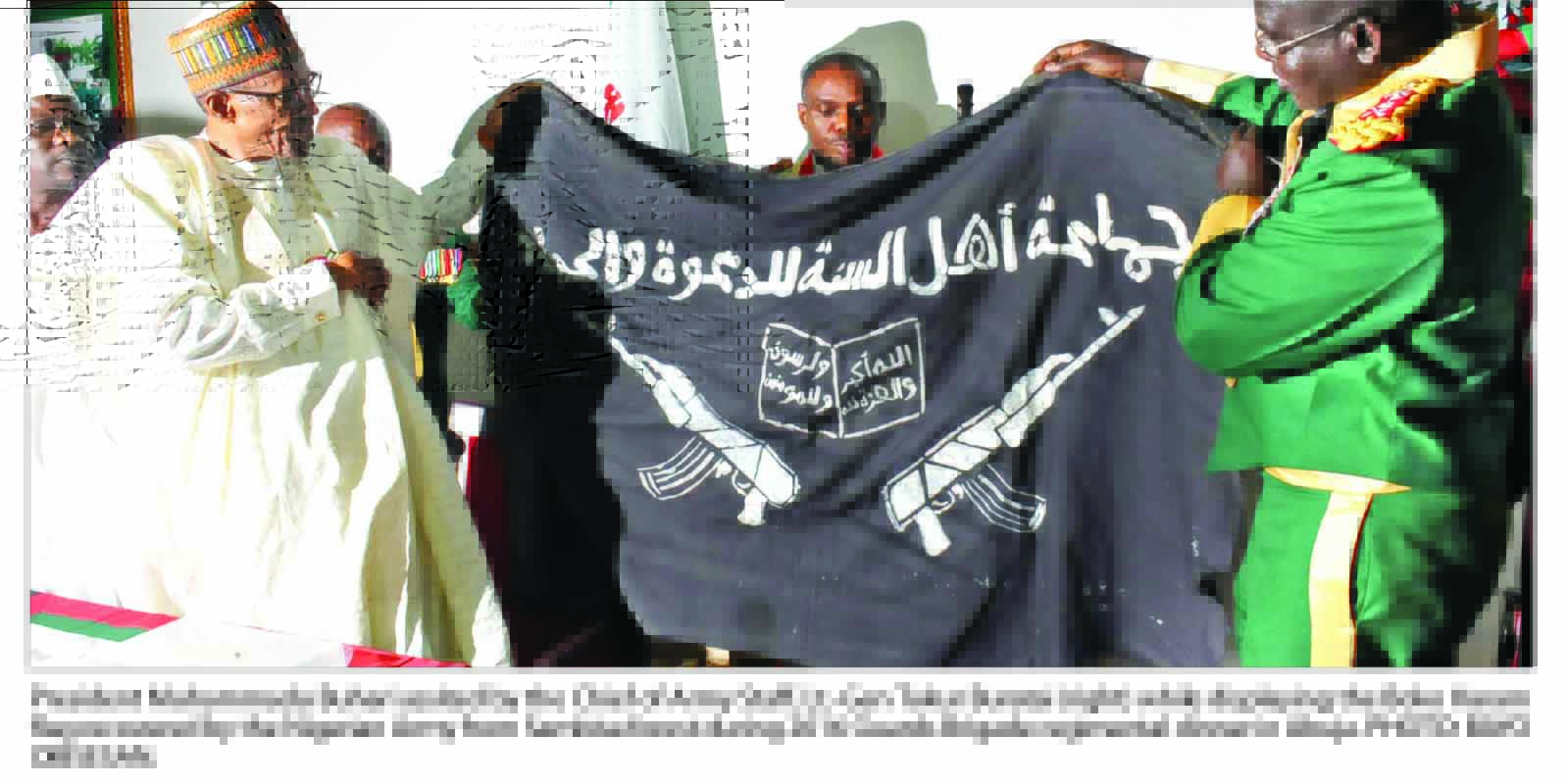 The Federal Government on Tuesday claimed victory over Boko Haram, insisting that the terrorist group had been “degraded and defeated.”

It said in a statement last night that after 10 years of the group’s operation and a sustained response by the government, “what we have now is a mixture of remnants of the Boko Haram, fugitive criminals and the Islam in Maghreb together with West African terrorists bonding together.”

It noted, “This is a fallout of the collapse of the Libyan State, and from farther away, of the Islamic State in Iraq, Syria and Lebanon. They are taking advantage of our porous Sahelian borders.

“As a consequence of these international gangs, we have seen an increase of trans-border crimes and the proliferation of small arms in the Lake Chad Basin area. Outrages are common in Niger, Mali, Chad and Cameroon.

“Nigeria is a large country covering nearly one million square kilometres. This is roughly equivalent to the size of France and Germany put together. In addition to our porous borders, in the neighbouring Sahel-Sahara region, a lot of ungoverned areas provide haven for terrorists’ occupation and training.

“Without the tremendous efforts of our armed forces and the joint operations by the Nigeria-led Multinational Joint Task Force, formed by the countries of the Lake Chad Basin, this single problem of illegal arms flow would have been much worse.”

The statement, which was signed by President Muhammadu Buhari’s Senior Special Assistant on Media and Publicity, Mr Garba Shehu, claimed that Buhari’s administration made the country a lot safer today.

The statement read, “At the moment, the Nigerian government under President Muhammadu Buhari has made the country safer than it met it. In 2015 when he took power, Boko Haram terrorism was active in nearly half the number of states in the country. They controlled a territory the size of Belgium, with a flag and systems of administration and taxation of their own. Emirs and chiefs had fled their domains along with hundreds of thousands of ordinary citizens. Such is no more; they have been taken from them.

“At present, terrorist activities have been confined to the remote, rural agrarian areas of Borno State and pockets of outrages in Adamawa and Yobe States.

“As the situation develops, our fantastic armed forces are changing their tactics. Just recently, they launched ‘Super Camps.’ The essence of this is to act proactively and respond quickly to the changing nature of terrorism.

“In addition to the additional support the government of Nigeria is receiving from friendly countries across Europe, United States and the Middle East, the Nigerian government is spending large sums of money in weapons procurement to keep our military in good fighting shape.

“While the military arsenal is not something you pay for and get, requiring mostly long-time orders, weapons will come in accordance with the terms of contracts. This country is expecting the commencement of the delivery of Super Tucano fighter jets, very effective in this kind of warfare, beginning next year from the United States.

“The administration has embarked on an ambitious electronic/digital border monitoring scheme to curtail the porosity of the borders and, working with the United Nations agencies, the World Bank, the Islamic Development Bank, donor agencies and friendly countries, has started providing solutions to backwardness in development and poverty in the sub-region because at the very heart of recruitment schemes of the terrorists lies the issue of poverty.

“A few weeks ago, the administration inaugurated the Northeast Development Commission, to fast track development and poverty eradication in the affected areas.

“The Buhari administration is strongly encouraged by successes recorded so far by our armed forces and the MNJTF, and is optimistic that in the same way as our military defeated the Boko Haram, so would the ISWA terrorism be defeated,”

One Reply to “10 years of Boko Haram: Under Buhari Nigeria is safer, says Presidency”