Over the past weekend to much of this week, the news about a “modern-day Jesus” having visited some African countries have been topping Twitter trends in different countries.

The story has also been covered extensively by local and continental media portals. For some reason social media “forced” a situation that meant the said Jesus was in two countries at the same time.

In this article we put the trip of “Jesus” in context relative to where he really was, who he is and claims of whether he has been deported by authorities in Kenya.

The BBC for instance puts it down partly to a retweet by Julius Malema, one of the country’s most active Twitter personalities. Malema’s first retweet was on July 28 from a Twitter user who claimed a pastor from South Africa had invited Jesus to his church.

Am tired o, am not doing again. WTF!! pic.twitter.com/KkHHTw4iTL

Subsequent Twitter users now posted videos and more photos of the activities of Jesus in Kenya not South Africa.

That was how the South Africa or Kenya bit was put to rest. Jesus was at one place, Kenya’s Kiserian town. The town is about 25km (15 miles) south-west of Kenya’s capital, Nairobi.

“Beware of false prophets, which come to you in sheep’s clothing, but inwardly they are ravening wolves.” ~ Matthew 7:15 pic.twitter.com/LvvGzEawzw

Who is this “Jesus?”

According to his Facebook page, this “modern-day Jesus” goes by the real name, Michael Job, an American preacher and actor. He was in Kenya attending an interdenominational Christian event as a guest speaker.

He resides in Orlando, Florida. According to the BBC, he has been playing Jesus at The Holy Land Experience theme park, which describes itself as “a living, biblical museum.”

He was in Kenya as part of a crusade dubbed the Kiserian Mega Interdenominational Crusade. The three-day event was under the theme Soul Harvest Campaign. 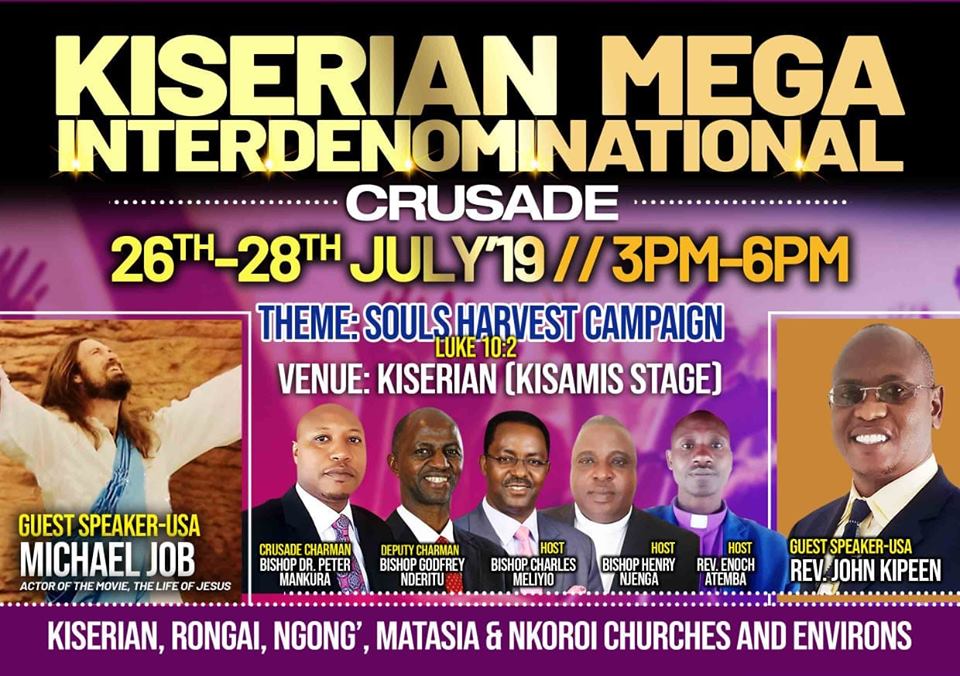 He was one of two guest speakers from the United States and was also labeled Actor of The Movie, The Life of Jesus. The other guest speaker was Rev. John Kipeen.

A viral story by an online portal Daily Afrika has also been widely shared on social media with the headline: “Kenya government deports Jesus, arrests pastors who invited him.”

It claims among others that the arrest was because Michael Job had been “going round taking money from Kenyans to perform miracles, secure seats for them in heaven.”

There is no confirmation of the said arrests or deportation in Kenya local media space nor is there any news to that effect from Kenya’s Immigration or security authorities.