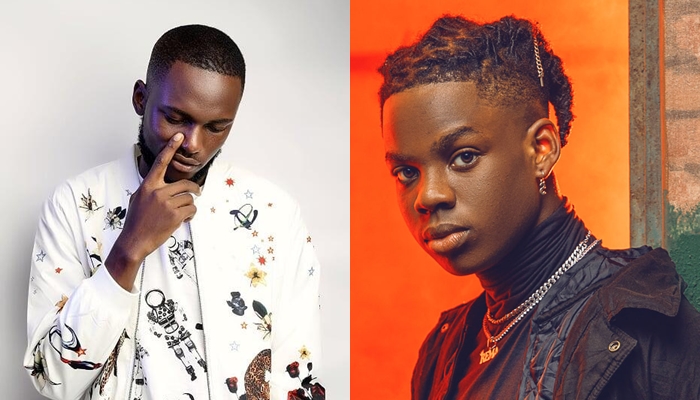 The afro-pop singer said this during a conversation with a reporter from the ASB News, in Benin on Tuesday.

“Carter Trillz has a unique place in the future of afro-beats and many more to come.” he said.

“My first love was a girl name Ada who was a childhood friend. We so love each other that I even thought nothing could ever put us apart. I always remember her anytime I play Rema’s Dumebi because what Rema was singing about, in fact our whole love story was circled around Rema’s Dumebi. It was like I told Rema the whole story before he voiced the song, I was amazed.”

The singer also said he hopes to do his own version of Rema’s Dumebi which is just a replica of his first love story.

“I just hope that one day I will be able to tell the story from my own version” Carter said.

Carter Trillz is a Nigerian singer, songwriter, stage performer and a recording afro-pop singer from Delta state, Nigeria. He is the CEO of Lordknows entertainment.
Carter has performed on big stages alongside A-list artist Wizkid and has done a tour with South Africa talented sensation “Nasty C”. Carter is a unique artist with his skill and versatility. After releasing his first official song with his first signee and label mate ‘Emmani’ titled ‘Sweetlove’ he has been releasing series of classic songs like ‘Olise doh’ and ‘Adaobi’ and his solo track ‘The Space Between Your Fingers’.