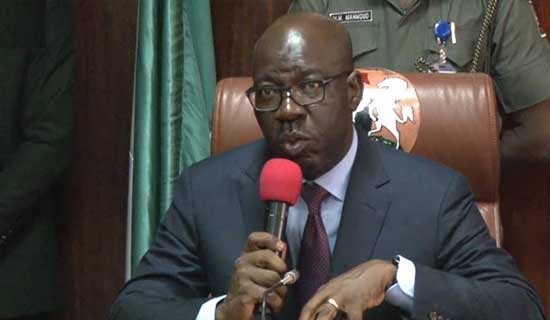 Governor Godwin Obaseki of Edo has assigned portfolios to recently appointed commissioners and special advisers after their successful screening by the Edo State House of Assembly.

The governor also carried out a minor cabinet reshuffle without dropping any one.

In a statement issued by Special Adviser to the governor on Media and Communication Strategy, Crusoe Osagie, said that the development was part of the outcome of the state Executive Council meeting held at the state government house in Benin on Wednesday.

According to the statement, the portfolios are listed as follows: Marie Edeko; Ministry of Social Development, Damian Lawani; Ministry of Youth, Joe Ikpea; Ministry of Minerals, Oil and Gas and Momoh Oise Omorogbe; Ministry of Budget and Economic Planning.

Felix Akhabue was assigned to head Ministry of Cooperatives and Wealth Creation while Moses Agbakor was given Ministry of Energy.

Former Commissioner for Local Government and Community Affairs Jimoh Ijegbai is now in charge of the Ministry of Education.

The five Special Advisers who were appointed alongside the commissioners in July were also assigned portfolios.