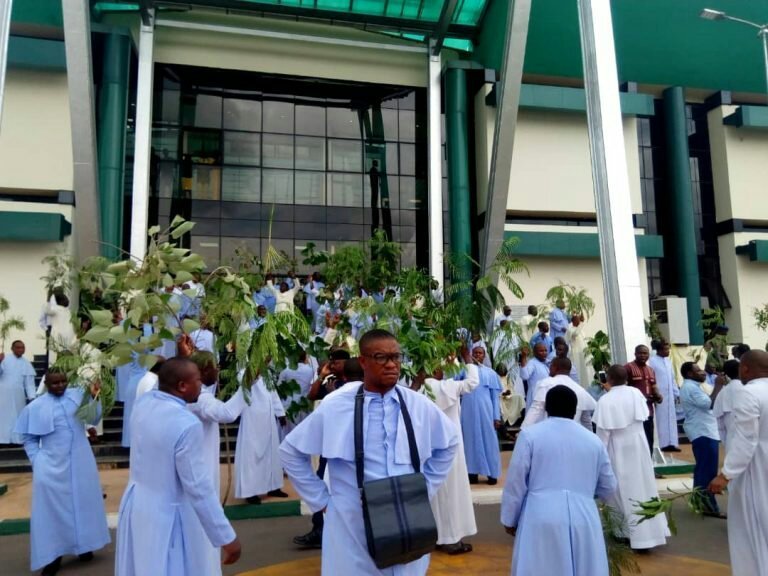 Governor Ifeanyi Ugwuanyi of Enugu State has summoned an emergency meeting of all heads of security agencies in the state.

A statement on Friday by the Secretary to the State Government, Prof. Simon Ortuanya did not, however, state the reason for the emergency meeting.

However, the News Agency of Nigeria (NAN) reports that the meeting may not be unconnected to the killing of a Catholic priest, Rev. Fr. Paul Offu on Thursday, Aug. 1, 2019.

Offu, who hails from Okpatu in Udi Local Government Area of the state, until his death, was the parish priest of St. James the Greater Parish, Ugbawka in Nkanu West Local Government.

NAN further reports that the Police Command in the state and the Director of Communication, Catholic Diocese of Enugu, Rev. Fr. Benjamin Achi confirmed the killing of the priest.

Achi said that the deceased was taken away and killed along Ihe-Agbudu Road in Awgu Local Government Area of the state.

The director of communication said that the situation had become unbearable as another Catholic priest, Rev. Fr. Ikechukwu Ilo escaped assassination on June 19, 2019.

He said that Ilo was still recuperating from the gun shots he received along Numeh- Nenwe road in Nkanu East Local Government Area of the state.

“As we speak, Catholic priests in Enugu are on the streets demonstrating over these incidences,” Achi said.

Meanwhile, an Enugu-based non-governmental organisation, Divine Era Development and Social Rights Initiatives has described recent breakdown of security in the state as alarming.

The Executive Director of the organisation, Ms Ogechukwu Enwelum, said that it was time civil society organisations and the media were enlisted to monitor the security apparatus in the state.

Enwelum said that the state government seemed to have made elaborate plans to secure the state but the outcome of the implementation of such plans left much to be desired going by the situations on ground.

“The state government has partnership with security agencies and communities in the state and these ugly incidences should not happen again,” Enwelum said.