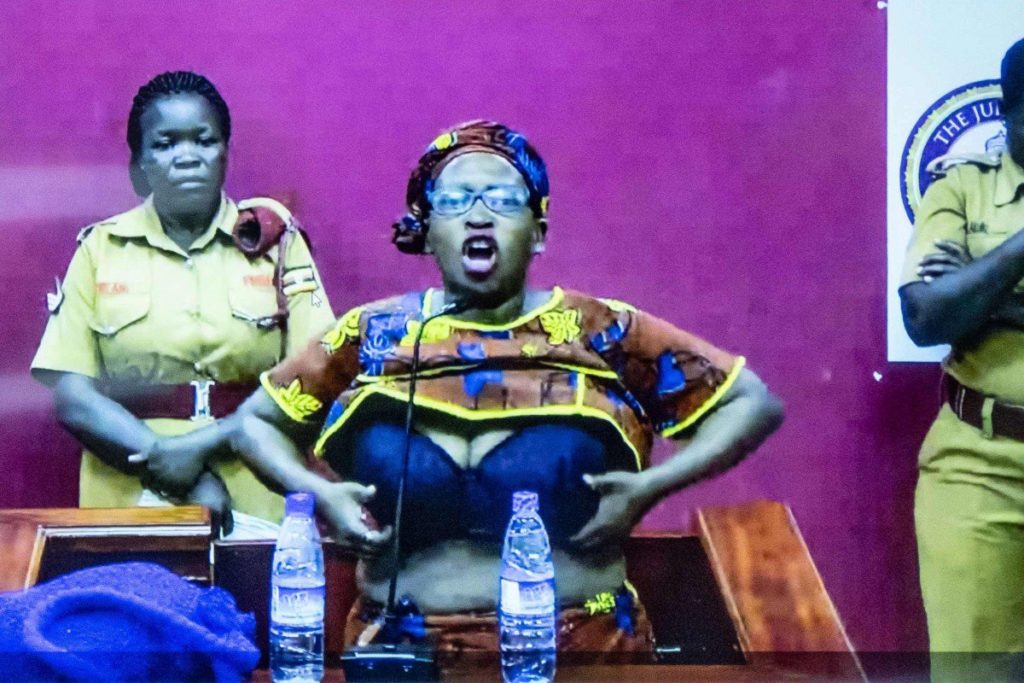 A popular Ugandan activist Stella Nyanza flashed the court and screamed obscenities in protest on Friday, August, 2 after she was sentenced to eighteen months prison on cyber harassment of President Yoweri Museveni.

Nyanzi was detained for calling the Museveni ”a pair of buttocks” which she was found guilty of on Thursday and sentenced to jail for cyber harassment of the head of state, a verdict condemned by International Rights Groups and the Ugandan opposition.

The University researcher and right activist will spend another nine months in jail as she has already spent nine months behind bars since being detained in November 2018 over a poem she posted on Facebook which prosecutors described as ” brutish attack on the person of the President and his late mother”.

Nyanzi was who was not allowed to appear in court physically but on video- link raised her middle fingers and yelled profanities in defiance as she was sentenced, before flashing her breast as her supporters whooped and cheered.

Nyanzi’s lawyer Isaac Semakadde said on Friday ” There has been lack of transparency in this trial”.

Amnesty’s International Director for East Africa Joan Nyanyuki said in a statement on Friday that ” The mere fact that form of expression was considered insulting to a public figure is not sufficient ground to penalise anyone”.