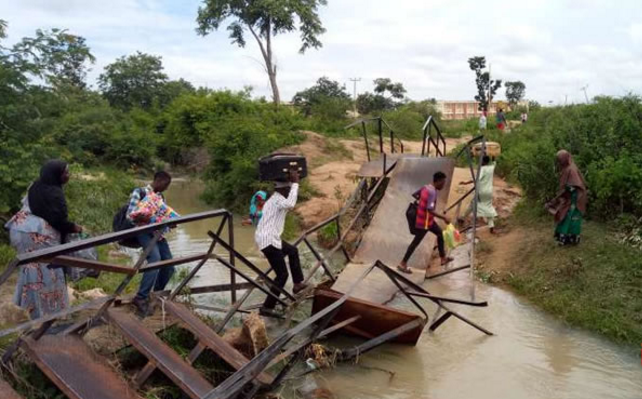 Abubakar Tafawa Balewa University Bauchi has been shut following the death of four students in a flood disaster that hit the institution, the News Agency of Nigeria reports.

The Vice-Chancellor of ATBU, Prof Muhammed Abdulaziz, who announced the closure of the school on Tuesday in Bauchi while addressing reporters over the incident, said the students died after the bridge in the school collapsed following hours of downpour.

According to him, the incident occurred on Monday night at Gubi Campus of the university. Seven students were also injured.

He said, “The students were trying to return to their hostels in the midst of the rain last night (Monday) when the connecting bridge between their reading area and their hostels collapsed and the students drowned.

“While the full details of the occurrence are being awaited, others who were injured are currently receiving treatment in the university medical centre.”

Abdulaziz said the missing ones had yet to be ascertained, but added that some student identification cards were recovered within the campus.

He said firefighters and the security agencies had moved to the campus to carry out search and rescue operations.

Many students were crossing the temporary bridge when it collapsed.