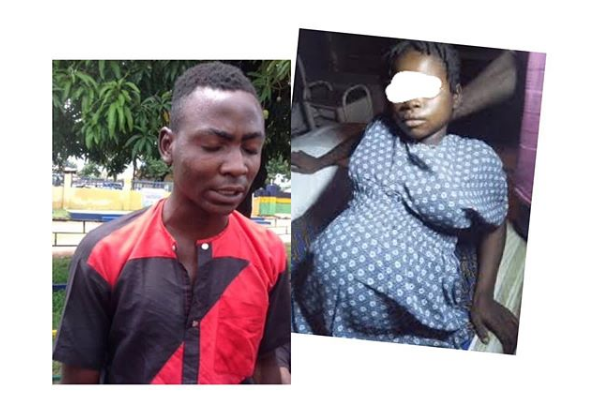 After the police arrested 18-year-old man who defiled and impregnated a 10-year-old girl in Benue, Terna Taga has claimed the young girl consented to it.

The news of the minor’s pregnancy had broke on August 4, when she was dumped in a General Hospital, Makurdi, Benue State, by an unknown person.

It was revealed through social media reports that humanitarian activist, Mr. Ukan Kurugh, took the minor to Foundation Memorial Hospital, Makurdi, where she was delivered of a baby girl through Caesarean Section on August 5.

Taga confessed that he was responsible for the girl’s pregnancy, adding that he slept with her twice but she consented to it.

Speaking on the 10-year-old girl, the state Commissioner of Police, Mukaddaa Garuba, said, “Investigation revealed that the uncle was making arrangements to marry her out to a blind old man when he discovered that she was pregnant. The uncle is currently at large. The suspect will soon be charged to court.”