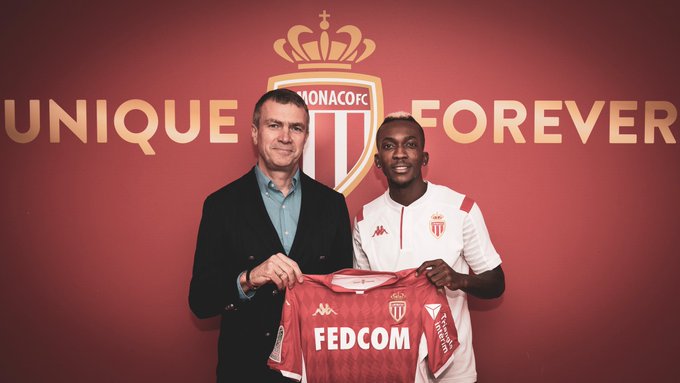 Super Eagles forward Henry Onyekuru has completed a permanent switch from Everton to Monaco, in a deal which will keep him at the club until 2024.

Onyekuru could not play for the Toffees since his arrival from Eupen in June 2017 due to his inability to secure a work permit in England.

He was sent out on loan to Belgian First A club Anderlecht for the 2017-18 campaign before his temporary stint at Galatasaray last season.

During his time in Turkey, Onyekuru scored 16 goals in 44 appearances across all competitions, including 14 efforts in the league, which helped the Lions secure the Super Lig title.

The 22-year-old’s signing comes as a reinforcement for Leonardo Jardim’s squad following their disappointing 3-0 loss to Lyon in their opening Ligue 1 fixture on Friday.

The 54-year-old joined the French Ligue 1 outfit in November 2017 after quitting a similar role at English side Chelsea.

Monaco only avoided relegation from the top flight on the final day last season and the Principality side suffered a 3-0 home loss to Lyon on the opening day of the current season.

“I want to thank AS Monaco for giving me the opportunity to discover the French championship and wish the Club and supporters a great season 2019/2020,” Emenalo said.

He joined Chelsea in 2007 under Avram Grant, for whom he played at Maccabi Tel Aviv and spent a decade in West London.

Emenalo worked in both the scouting and coaching departments at Chelsea before being promoted to technical director in 2011.

During his time at Stamford Bridge, Chelsea won the Champions League in 2012, plus three Premier League titles, three FA Cups, the League Cup and Europa League.

Emenalo, who played for Notts County in the 1990s and for the San Jose Clash in the first MLS game, represented Nigeria at the 1994 World Cup.