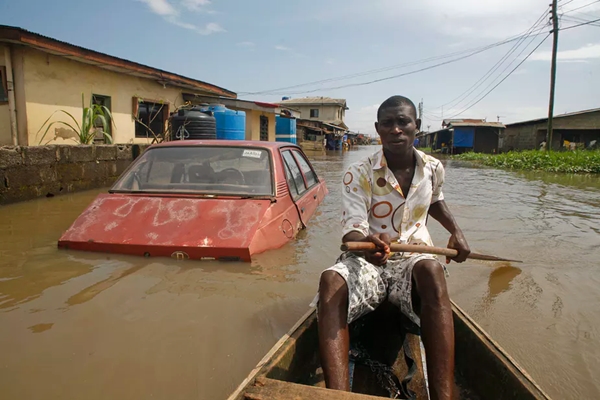 Governor Nyesom Wike of Rivers state, has directed local council chairmen and relevant agencies in the state to take proactive measures to alleviate the suffering of residents with looming flood challenges.

Wike gave the directive in Port Harcourt on Thursday during a consultative meeting with the chairmen, National Emergency Management Agency (NEMA) officials and Permanent Secretaries of concerned ministries.

Represented by Dr Tammy Danagogo, Secretary to the State Government, the governor said that he was disturbed by the level of suffering people often undergo following such disasters.

He stated that the directive was to ensure early management of emergency situations that would arise from the flood predictions by NEMA and alleviate the suffering of Rivers people.

“The early proactive measures are necessary to minimise emergency situations from the flooding. Residents and indigenes should adhere to the call to vacate when the flood begins,” he said.

Earlier, an official of NEMA, Mr Egwu Damian, said that early information sharing and creation of local emergency management committee structures in the LGAs to foster early warning was necessary.

Demian stated that part of the reasons for recurrent flooding in the state was the blockage of the waterways by some builders and the state’s location by the bank of the Atlantic Ocean. (NAN)