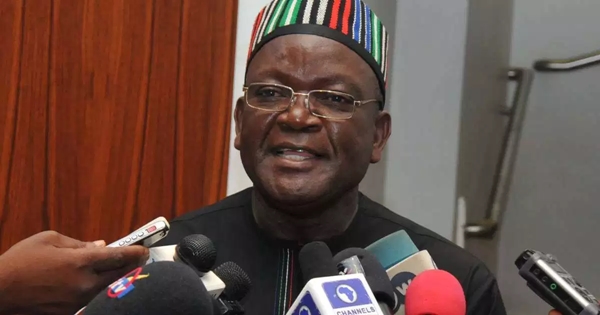 Governor Samuel Ortom of Benue says the State Government is owing over N22 billion as gratuity of the state’s workers.

Ortom stated this on Monday during the inauguration of the Chairman and members of the State Pension Commission in Makurdi.

He disclosed that he inherited N18 billion gratuity liability in 2015, and that because of paucity of funds to upset the debt coupled with additional number of retired workers overtime, the debt had risen to N22 billion.

He further disclosed that the monthly pension bill of the state was now N800 million as against the N400 million bill he inherited in 2015.

The governor said the state needed to urgently commence full domestication of the National Contributory Pensions Scheme Act 2004 to mitigate the sufferings of retirees.

He specially commended the 8th State Assembly for passing the PENCOM bill and expressed optimism that in no distant time retirees would have cause to smile home after retirement.

“The members are all victims of non payment of gratuities and pensions; so, they understand the pains of not being paid.

“Benue pensioners have been very patient with me and that has given me a lot of burden on my shoulder to ensure that something is done about it urgently,” he said.

Ortom warned the commission members to be wary of people who may want to sabotage their efforts with the aim of enriching themselves to the detriment of the pensioners.

He urged them to bring their experience to bear on the job and block all leakages in the pension sector.

Speaking on behalf of the inaugurated commission members, the Chairman, State Pension Commission, Mr Terna Ahua, pledged to provide a permanent solution to the problem of retirees.

Ahua, a former Head of Service of the State, commended the governor for his political will to address pension and gratuities issues in the state.