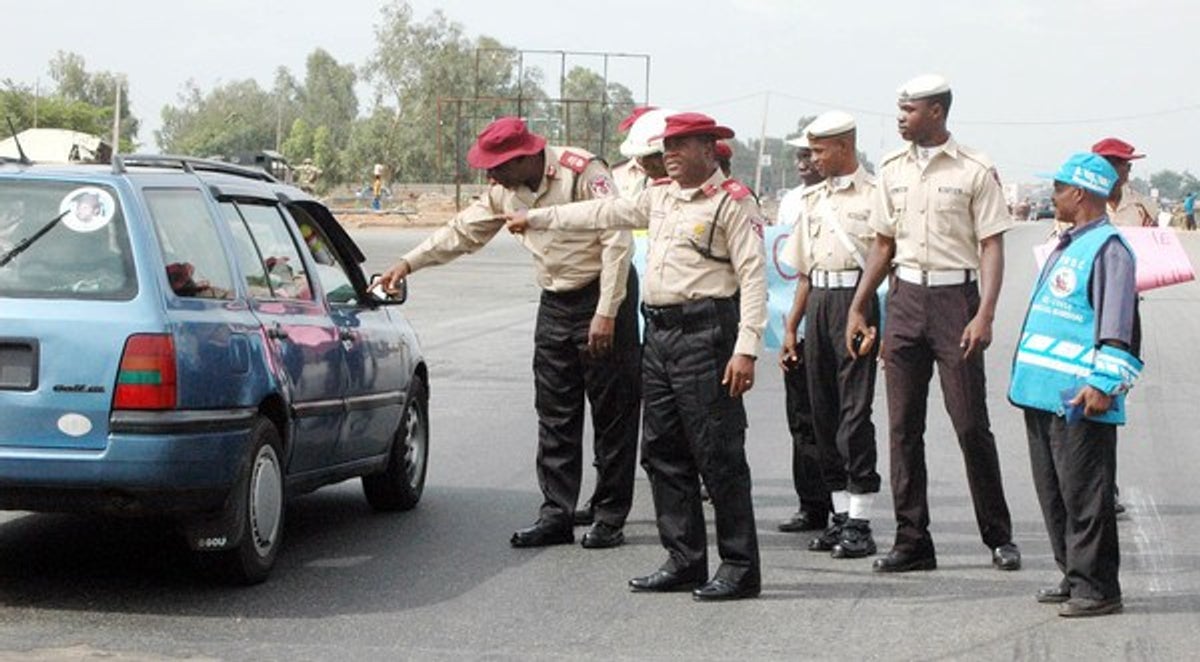 A Joint Inter-Agency Team, led by the Independent Corrupt Practices and Other Related Offences Commission (ICPC), has arrested 37 officials of the Federal Road Safety Corps (FRSC) for allegedly extorting money from motorists on Nigerian highways.

The Team, comprising officials of ICPC, FRSC and the Department of State Security (DSS), also arrested five persons said to be agents of the corps officials, in a sting operation carried out simultaneously in the six geo-political zones.

ICPC Spokesperson, Mrs Rasheedat Okoduwa, made this known in a statement in Abuja on Monday.

According to her, the team swung into action following the receipt of a complaint from the management of the Corps of massive extortion of money from motorists on the highways by its patrol teams.

“The FRSC management had, in the complaint to the Commission, observed that incidents of extortion were rife in the six states of Kaduna, Bauchi, Abia, Rivers, Kogi and Ogun.

“Based on this, the ICPC-led team went into action and identified the notorious spots in each of the aforementioned states, which include Aba in Abia State; Ahoada, Ajaokuta, Itori, Toro and Gwantu, which are located in Rivers, Kogi, Ogun, Bauchi and Kaduna States respectively.”

“Findings from the Joint Inter-Agency Team indicated that various sums of money were found on the arrested Corps officials during the sting operations before they were taken into ICPC custody.

“However, all the officials arrested and three civilian accomplices have been granted administrative bail, and will be prosecuted by the Commission at the conclusion of investigations,” she explained.

Meanwhile, FRSC Public Education Officer, Mr Bisi Kazeem, has said that the arrest was to send signals to anyone still harbouring corruption tendencies that the days of reckoning were here.