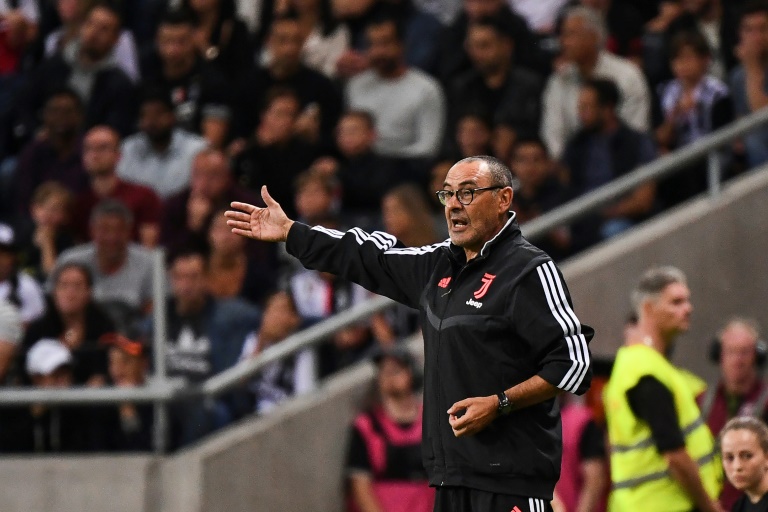 Juventus begin their Serie A campaign this weekend under new coach Maurizio Sarri as the multiple Italian champions gamble on the veteran delivering another style of Serie A title.

The Turin giants start their quest for a ninth consecutive title in Parma on Saturday but could be without Sarri on the bench after the 60-year-old was diagnosed with pneumonia on Monday.

Despite their success Juventus have often been criticised for their boring defensive style of play.

Club bosses want a more attractive eye-catching style of football in an attempt to increase their fan base outside of Italy.

While Sarri’s only major title was the Europa League last season with Chelsea, he promises to give serial Italian champions Juventus a more dynamic style of play.

Meanwhile, Juventus has released a statement confirming Coach Maurizio Sarri has been diagnosed with pneumonia after struggling with flu.

The tactician was taken ill last week and required medical treatment on several occasions, including just before their traditional pre-season in-house friendly with the youth team in Villar Perosa.

He then didn’t make the trip to Triestina for a 1-0 friendly match on Saturday evening.

“Maurizio Sarri, after having observed rest over the weekend, was at the JTC Continassa today where he coordinated the work of his staff,” read a statement.

“Unfortunately, he could not conduct the training on the field due to the persistence of his flu, which struck him over the course of last week.

“In the late afternoon, he underwent further tests that confirmed he has pneumonia, for which specific therapy has been prescribed.

“The Coach has authorized the club to communicate his state of health.”

It now remains to be seen if Sarri will be fit enough to be on the bench for this weekend’s opening Serie A game against Parma.

The former Napoli and Chelsea tactician is a notorious chain-smoker and it’s likely this further exacerbated the effects of the flu symptoms.