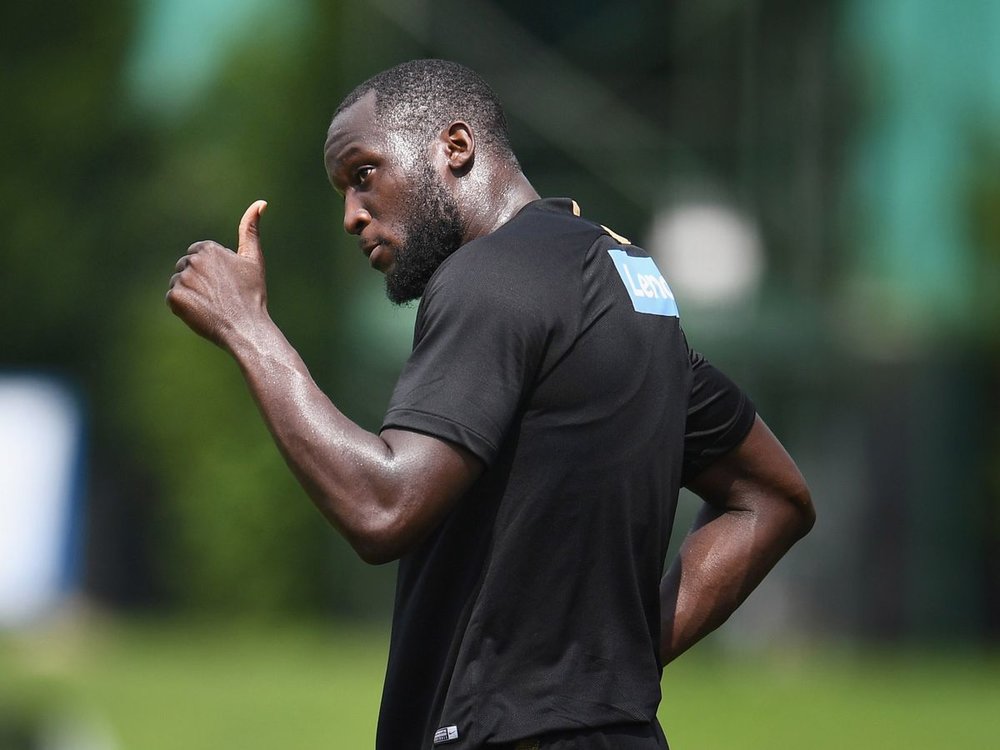 Romelu Lukaku mocked critics who have questioned his weight as he prepares to make his competitive debut for Inter Milan.

Reports in Italy claimed former Manchester United striker Lukaku, 26, weighed 104 kilograms upon his arrival at Inter earlier this month, and Corriere dello Sport reported Lukaku’s aim is to drop below the 100kg mark in time for Inter’s Serie A opener against Lecce on August 26.

Lukaku scored four in a warm-up game against Serie D side Bergamo last week but the Belgian has been beset by questions over his physique since he returned to United at the start of last season.

Former United captain Gary Neville said on Twitter last week: “He admitted he was overweight. He is over 100kg! He’s a Manchester United player! He will score goals and do well at Inter Milan but unprofessionalism is contagious.”

In response to the latest criticism, on Saturday last week a topless Lukaku posted a selfie on his Instagram account and wrote: “Not bad for a fat boy.” The comment was complemented by an emoji brandishing a middle finger.

Lukaku’s weight is believed to be 103kg and he is relaxed about his physique, having missed most of pre-season training during United’s tour of Australia and Asia due to an ankle injury.

Sources close to the Belgium international say he is at the ‘perfect weight’ and pointed out Lukaku finished second in maximum speed sprints during a United training session in Perth last month.

In a video uploaded onto his Twitter account this week, Lukaku was asked how the food was and simply replied: “Salad!” Lukaku admitted in December he gained muscle mass for Belgium’s 2018 World Cup campaign in Russia.

“It was at the World Cup,” Lukaku said. “I just felt great and I think I played great over there and then when I came back it is a different type of style.

“I had to lose muscle basically. So you just stay out of the gym, drink a lot of water and eat a lot of vegetables and fish, and it helps. After the World Cup, I think I really was a bit tired.

According to HLN, when Lukaku was promoted to the Anderlecht first-team squad at the age of 16 he weighed 100kg and was 101kg when he joined Chelsea in 2011 at the age of 18.