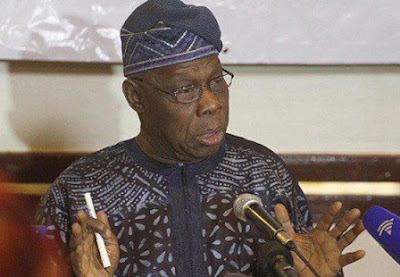 The officials are Head of Finance Marvel Emefiele and Head of Compensation Eze M. C. Odigbo.

About 15 more companies are also on the EFCC radar, it was learnt last night. There are fears that some of the suspects might have secretly relocated abroad.

President Muhammadu Buhari has repeatedly wondered how $16 billion was spent on power and there is no electricity generated. He subsequently ordered a probe into the expenditure.

A source in the anti-graft commission said: “The NPDHC officials are being detained by the EFCC, following their alleged involvement in bogus payment and diversion of about N850million compensation to communities where the components of the power projects were sited.

“Investigation revealed that approval was granted for the payment of N84billion to the communities where transmission lines of the power project are meant to be laid.

“Investigators discovered that there were serious issues arising from the payment of the compensation to the communities.

“Emefiele was said to have approved the payment of N850million as NPDHC Head of Finance while Odigbo, Head of Compensation reportedly effected the compensation to the communities. The two officials are being quizzed over the propriety of the matter.

“The Managing Director of Chris Ejik Nigeria Limited, Mr. Christain Ejik Imoka, is being detained over controversial payment of N500million contract LOT 14, which ought to include Lekki-Ajah Transmission Line, which was not executed. But money was paid to that effect.

“The detained officials allegedly failed to honour previous invitations from the commission.”

The source said: “We have invited about 15 companies implicated in the mismanagement of funds meant for the power projects. One of the firms got four contracts but was only able to put in place 30 per cent of the construction. The firm also claimed that it imported certain materials since 2013 and lying in Onne Port without clearing.”

to have approved the payment of N850million as NPDHC Head of Finance while Odigbo, Head of Compensation reportedly effected the compensation to the communities. The two officials are being quizzed over the propriety of the matter.

Read more on The Nation