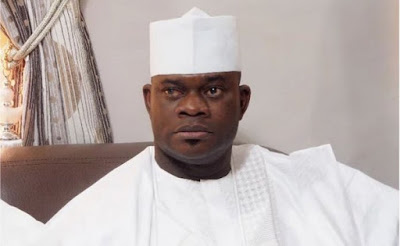 Governor Yahaya Bello of Kogi on Thursday emerged as the candidate of the All Progressives Congress (APC) for the Nov. 16 Governorship election.

Governor Abubakar Badaru of Jigawa, who was the Chairman of the electoral panel that conducted the process, said that Mr Babatunde Irukera came second with 109 votes while Rep. Hassan Bewa came third with 44 votes.

He also said that Mr Abubakar Bashir got three votes.

According to Badaru, 3,596 accredited delegates voted during the primaries election out of which 54 votes were declared invalid.