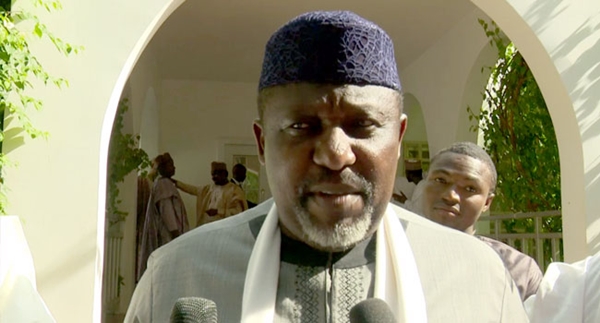 The Economic and Financial Crimes Commission (EFCC) says it has obtained orders for the interim forfeiture of assets traced to a former Imo governor, Rochas Okorocha, and his wife.

Imam said that the commission also obtained similar order on a property traced to a former aide to Okorocha, Mr Paschal Obi, and the former governor’s daughter.

He said that the commission had established prima facie cases against the suspects which they would answer to.

Imam said that the commission would like to know how the Rochas Foundation and other accomplices acquired and or converted some of the property for personal use.

The EFCC chief said that while the hospital was traced to Obi, the remaining property were traced to the former governor and his family, including his wife and daughter.

“We hope to get permanent forfeiture orders on the property in order to return them to the people of the state,” he said.

Imam said that all the facilities, including the schools, would remain functional as the commission would not like to shut them down for the sake of the students and other users.

“Other recoveries were made and are awaiting forfeiture, but for the court vacation. They include a twin three-storey building with a three bedroom bungalow and a duplex, both in Enugu.

“The property were recovered from cyber fraudsters,” he said.

“In one of such recoveries, one Augustine Ejimokor, who defrauded his victim of the sum of 5,000 US dollars and used it to acquire a Mercedez Benz C300 was ordered to forfeit the vehicle.

“So far, the zone has arrested 88 suspected fraudsters since 2015, with 70 of them in 2019. This underscores the efforts of the present zonal head in conformity with the acting chairman’s directives,” he said.

Imam said that the zone also obtained 59 convictions out of whom were the 51 arrested and prosecuted in 2019. (NAN)