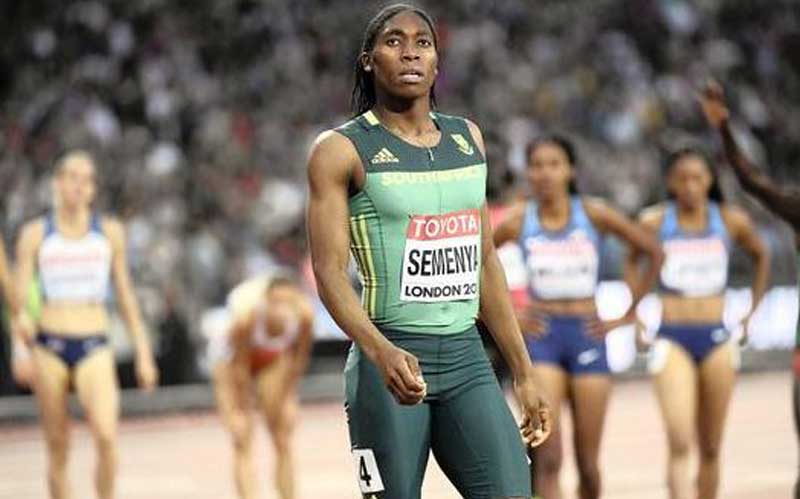 Star South African athlete Caster Semenya, who cannot defend her world 800-metre title this month because she refuses to take testosterone-reducing drugs, is set to become a footballer.

The two-time Olympic gold medallist is training with the Johannesburg-based JVW club, but cannot play until next year because the registration deadline for this season has closed.

“I am looking forward to this new journey — I appreciate the love and support I already get from the team,” Semenya said on the club website.

National women’s team captain Janine van Wyk, after whom the club is named, told AFP she was “thrilled Caster had chosen to join her team”.

Semenya is following in the footsteps of Jamaican superstar sprinter Usain Bolt, who trained with Australian club Central Coast Mariners after retiring but did not secure a contract.

International athletics body the IAAF ruled this year that females like Semenya who have differences of sexual development have a competitive advantage.

It barred such athletes from competing in races between 400m and the mile unless they took testosterone-reducing medication.

Semenya refused and won a legal battle, enabling her to compete in 800m races, before a Swiss court overruled the decision, forcing her to miss the upcoming world championships in Qatar.