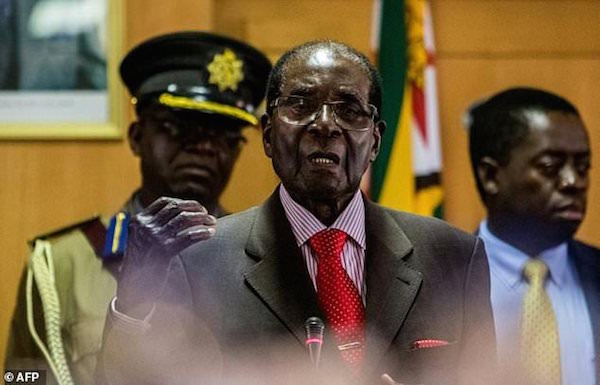 The Zimbabwean government plans a state funeral for longtime ruler Robert Mugabe in a sports stadium in Harare next Saturday, with a burial ceremony a day later, it said in memo sent to embassies on Sunday.

Zimbabweans have been confused about when they would get to pay their last respects to Mugabe since his death in a Singapore hospital on Friday after a long illness.

Mugabe had dominated Zimbabwean politics for almost four decades from independence in 1980 until he was removed by his own army in a November 2017 coup.

Revered by many as a liberator who freed his people from white minority rule, Mugabe was vilified by others for wrecking one of Africa’s most promising economies and ruthlessly crushing his opponents.

President Emmerson Mnangagwa, who worked closely with Mugabe for decades before helping to oust him, granted Mugabe the status of national hero within hours of his death.

The memo sent by Zimbabwe’s Ministry of Foreign Affairs to embassies in Harare and seen by Reuters said the funeral would be in the National Sports Stadium but did not specify where the burial would be.

It said heads of state would be expected to leave the stadium immediately after the funeral ceremony because officials would be busy with preparations for the burial.

The Zimbabwe Independent newspaper reported last month that Mugabe didn’t want to be buried at National Heroes Acre – a site reserved for the country’s heroes – because he felt bitter about the way he was removed from power.