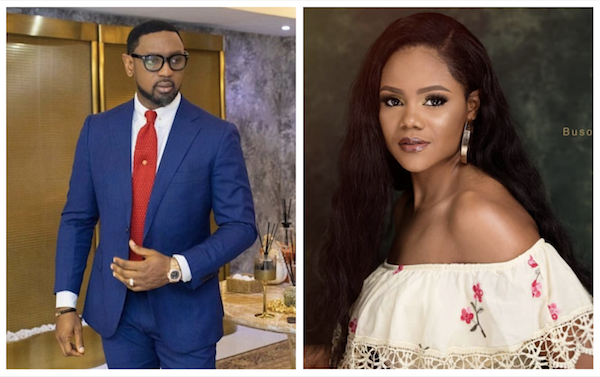 A federal high court sitting in Abuja has served Biodun Fatoyinbo, senior pastor at the Commonwealth of Zion Assembly (COZA), a summon document to make an appearance within 14 days.

This was made known in a court summon dated September 6 as reported by TheCable on Monday.

Busola Dakolo, a celebrity photographer, had accused Fatoyinbo of having sexual relations with her on two occasions in 2002 when she was a teenager.

“You are hereby commanded that within fourteen (14) days after the service of this writ on you, inclusive of the day of such service you do cause an appearance to be entered for you, in an action of Mrs. Busola Dakolo; and take notice that in default the claimant may proceed, and judgement may be given in your absence,” the summon read.

Documents show that Dakolo is alleging that the action was an ‘intentional infliction of emotional distress”.

“An order of this honourable court directing the defendant to publish a clearly worded apology to the claimant on the front page of at least two (2) national newspaper and two national televisions for seven days running consecutively.

“An order of this honourable court directing the defendant to address a personal letter of apology to the claimant, showing honest remorse for his misdeeds.”

Two months ago, Busola Dakolo, wife of singer Timi Dakolo made a shocking revelation in a detailed interview with Chude Jideonwo, a lawyer and journalist on YNaija channel of how the Abuja-based cleric raped her as a teenager.

The viral video report has set social media and other online platforms on fire, evoking shock, backlash and criticism from Nigerians, especially the Christian community.

However, in his reaction, the embattled preacher posted a statement on his IG page @biodunfatoyinbo denying the allegation, adding that he had never rape a woman all his life.

In the statement addressed from the ‘Office of the Senior Pastor’, Fatoyinbo described the allegation as false and baseless claim targeted at destroying his reputation and that of his church.

“I have never in my life raped anybody even as an unbeliever and I am absolutely innocent of this.”,the statement reads in part.

In 2013, the clergy popularly called “Gucci Pastor”, because of his flamboyant fashion style, was also entangled in an allegation of infidelity with one Ese Walter, a former member of the church.