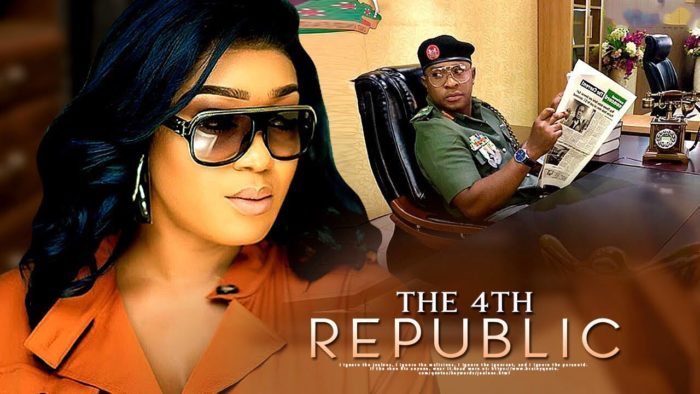 The Independent National Electoral Commission (INEC) and Enough is Enough Nigeria (EiE) have partnered with the producers of political thriller, ‘4th Republic’ to screen the movie in communities and universities across Nigeria.

Directed by Ishaya Bako, said that the objective of the film was to raise awareness and stir conversation on the Nigerian political and electoral terrain.

It explores the dynamics of politics in Nigeria, the necessity of a better political class, the presence or lack of women in politics and the importance of a fair and incorruptible judiciary.

NAN reports that the film was screened in Bayelsa state on Tuesday as a follow up to the Lokoja screening on Sept. 16 with political stakeholders present.

Both screenings were organized ahead of the Nov. 16 gubernatorial elections in Kogi and Bayelsa states.

Speaking at a screening of the film, Oluwole Osaze-Uzzi, Director of Voter Education at INEC said, “We believe that voter education should be done through as many media as possible.

“This is art, and Nollywood is one of the frontiers that we think can reach millions of Nigerians”

Also, Mrs Ruth Ogun, Director of Public Enlightenment and Mass Mobilisation at NOA added that the film will help citizens know that election violence has no gain.

She said, “The movie describes to us, vividly the issues that arises during elections. With this film, it is shown that there is no gain going the violent way.

“This is a very good tool and platform in getting the message across. For us, it is a partnership for positive development.”

Director of the film, Bako said, “I think it is interesting that the film has gotten such strong and positive responses in each of the screenings we have had.

“I am grateful that all the hard work from the cast and crew is paying off in this way with such support and collaboration.

“From our fantastic funders, the MacArthur Foundation and OSIWA to a progressive indigenous IT firm, Softcom and their visionary CEO Yomi Adedeji and now government agencies and civil society actors.

“These planned screenings show the power of film to bring people together and also stir conversation about some of the more important issues that affect us in society today.”

NAN reports that the partnership with the producers, INEC, JCI and EiE Nigeria will see the film shown in about 18 universities, across the six geo-political zones in the country. (NAN)