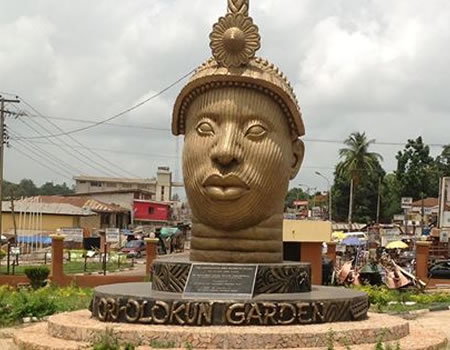 The Yoruba Youth Coalition Group has rejected and denounced the process that led to the emergence of Prof. Banji Akintoye as the leader of the Yoruba.

This was contained in a communiqué made available to newsmen on Tuesday in Akure by the Yoruba Youth National Leader, Mr Eric Oluwole and the coalition spokesperson, Mr Ojo Bright.

The News Agency of Nigeria (NAN) reports that the group is made up of different youth groups from the South-West zone which agreed to come under one umbrella to address the issue of the Yoruba leader recently ascribed to Akintoye.

“Following the current trend of events within the leadership of Yoruba race, we wish to state without mincing words that the youth of Yoruba extraction vehemently denounce the declaration of Prof. Banji Akintoye as the leader of race.

“While we note the essence and need for a Yoruba leader at a critical time like this, we, however, frown at a backyard and lopsided process to produce a leader for the race.

“We consider this fire brigade approach as one capable of achieving the total opposite of the desired result for the unification of the Yoruba race. This desecration must stop now,” the communiqué read in parts.

It urged the youth to rise up and graduate from being referred to as mere future leaders to leaders of today and tomorrow, saying “hence we cannot afford to mortgage our future by maintaining criminal silence on this pertinent issue.”

The coalition called for a more inclusive and unified process, devoid of politics and political party colouration, adding “involvement of traditional institutions in the Yoruba nation will be fully involved.

“The emergence of Banji Akintoye as Yoruba leader, we believe, can jeopardise our future, if care is not taken, because it has caused more disunity among Yoruba than any good.

“While his personality is not a subject of debate, the process is shameful, unprofessional, despicable, barbaric and undermined the status of a professor.

“We hence charge him to put the interest of Yoruba race first and his name so as not to be shamefully recounted in history as saboteur of the Yoruba nation for personal aggrandisement,” it said.

The group emphasised that Afenifere remained the umbrella body of the Yoruba nation and that “Pa Reuben Fasoranti is its true leader.

“On this note, the Yoruba youth groups, under this coalition, hereby reject and denounce the nomination and election that pronounced Prof. Banji Akintoye as Yoruba leader.

“We are appealing to him to wait for his time. It is God who elevates and gives position to humans. He should not be deceived by those seeking to destroy him and disunite the Yoruba race further,” the communiqué said.