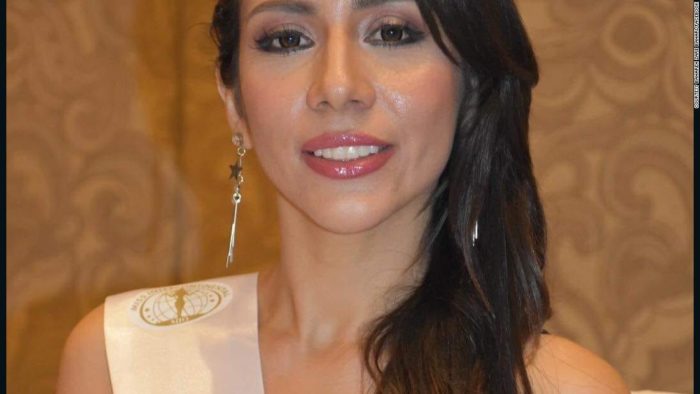 Iranian beauty queen detained for almost two weeks at an airport in the Philippines on Tuesday pleaded for help, saying she fears for her life.

Bahareh Zare Bahari was held after arriving in Manila from Dubai on Oct. 17 based on a request for her arrest by Interpol, the Bureau of Immigration said.

She has been held in a room at Ninoy Aquino International Airport’s Terminal 3 since then after she applied for asylum.

“The Philippines is not safe for me anymore, I need a safe place to live without constantly fearing for my life.’’

“I need a safe place to live without stress.’’

Bahari, who represented Iran in the Miss Intercontinental pageant held in Manila in January, has been living in the Philippines since 2014 to study dentistry.’’

The Bureau of Immigration said the 31-year-old beauty queen is wanted for an assault and battery case in Iran, but no other details were available.

Bahari denied the allegations and said the charges aimed to harass her for her political activism.

She said she would be facing imprisonment or even death if she is forced to return to Iran.

“I would be killed or detained for 25 years for criticizing Iran’s government if they bring me back to Iran,’’ she told ABS-CBN News in Manila.

The Department of Foreign Affairs has declined to comment on her case, saying, “Since her application for asylum is being considered, the (department) has no comment on this matter.’ ’