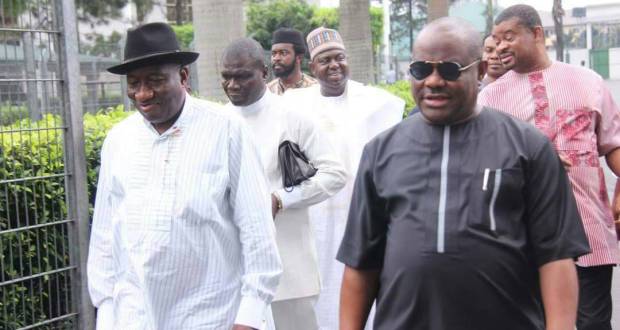 The mega rally, which was held on Wednesday at the Oxbow Lake Pavalion in Bayelsa to kick-start the party’s campaign ahead the Nov. 16 governorship election in the state.

Speaking at the rally, the National Chairman of the PDP, Mr Uche Secondus warned security agencies against being used to rig election for the opposition parties.

He stated that the PDP would resist any attempt to hijack electoral materials for any party or group of politicians.

Secondus urged Bayelsa people to vote for the PDP as the only political party that can take them forward.

The chairman decried lack of federal presence in terms of roads, bridges and infrastructural development in the state.

Speaking on behalf of other PDP governors, Gov. Aminu Tambuwal of Sokoto State, said that Bayelsa belongs to the PDP and boasted that no other political party can defeat them.

He said that Gov. Seriake Dickson had done very well for the Bayelsa people, noting that no other political party could win any election in the state.

In his speech, Gov. Dickson of Bayelsa, said the PDP has been the only platform that had given people face and voice in Nigeria.

“PDP is the only Ijaw man party that all can feel and be carried along.

“Sen. Douye Diri is the only one that can consolidate on the restoration government to take the state forward.

“I want to appeal to our people to vote massively for the PDP as we do not know any other party,”he said.

In his remarks, the governorship candidate, Sen. Douye Diri, promised to continue with the good works of the Dickson’s administration, to take the state to its amiable height if elected.