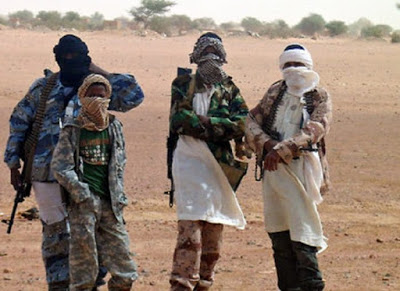 The Acting Director of Defence Information, Col. Onyema Nwachukwu, in a statement on Thursday, said that the fighters voluntarily surrendered to troops of Operation Lafiya Dole.

Nwachukwu said the move was part of effort to ensure that minors and other repentant Boko Haram fighters in the North East were given the necessary support and opportunity to embrace peace through the auspices of OPSC.

According to him, the child fighters who are between ages 10 19 are part of over 1,370 Boko Haram fighters who have so far surrendered to troops of Operation Lafiya Dole.

“After a thorough profiling and screening, the minors were considered suitable for the six months De-radicalisation, Rehabilitation and Re-integration (DRR) programme.

“Arrangement is also ongoing to transfer another set of 500 repentant insurgents to Operation Safe Corridor for DRR Programme.

“They congratulated the surrendered fighters for laying down their arms and urged them to take advantage of the DRR programme to turn a new leaf and abandon the senseless struggle.

“The operation is designed to also de-radicalise, rehabilitate and re-integrate repentant Boko Haram combatants who willingly surrender to troops.

“The scheme is a global model that enjoys collaboration and support from local and international Non-Governmental Organisations (NGOs) as well as Multi-national Organisations,” he said.

Nwachukwu said that the Armed Forces of Nigeria (AFN) had called on willing Boko Haram fighters to abandon the futile struggle and surrender to the troops.

According to him, those who voluntarily surrender to troops are guaranteed of safety and will benefit from the Operation Safe Corridor de-radicalization, rehabilitation and re-integration programme.

“The AFN is further committed to its strict adherence to the rules of engagement and other extant laws especially as it relates to minors in conflict situations,” he said.