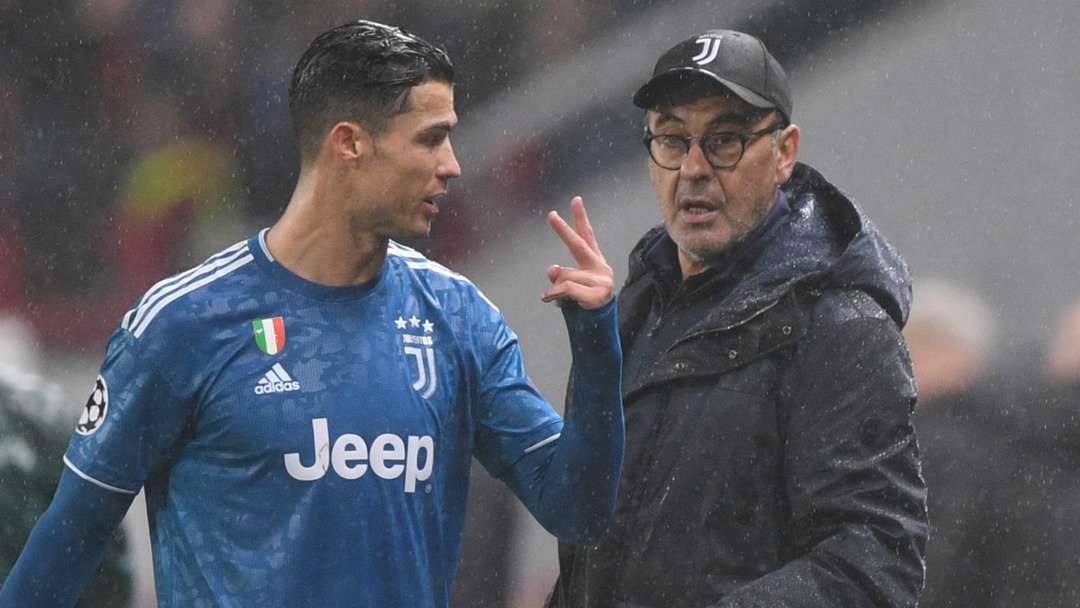 Juventus boss Maurizio Sarri says Cristiano Ronaldo’s angry reaction when being substituted against Lokomotiv Moscow was because he had sustained a minor injury.

The former Real Madrid forward was taken off for Paulo Dybala in the 82nd minute of Wednesday’s Champions League match in the Russian capital.

It is the first time the Portugal international has failed to complete 90 minutes in a Champions League game since February 2016, and he did not take it well.

The game was still level at 1-1 at the time, though Juve would go on to secure all three points thanks to a stoppage-time strike from substitute Douglas Costa.

Speaking after the game Sarri played down Ronaldo’s reaction, insisting he was frustrated because he had suffered a minor knee problem.

“Ronaldo was angry because he wasn’t very well, he had a knee problem a few days ago and his adductor got tired,” said Sarri.

“At the end of the first half he was nervous. I was afraid he would hurt himself and I preferred to take him off.”

To add to Ronaldo’s frustrating evening, he missed the chance to break the record for scoring against the most clubs in the Champions League.

He was unfortunate not to do so, however, when his third-minute free-kick was tapped in by Aaron Ramsey on the line to deny the former Manchester United star the opening goal of the night.