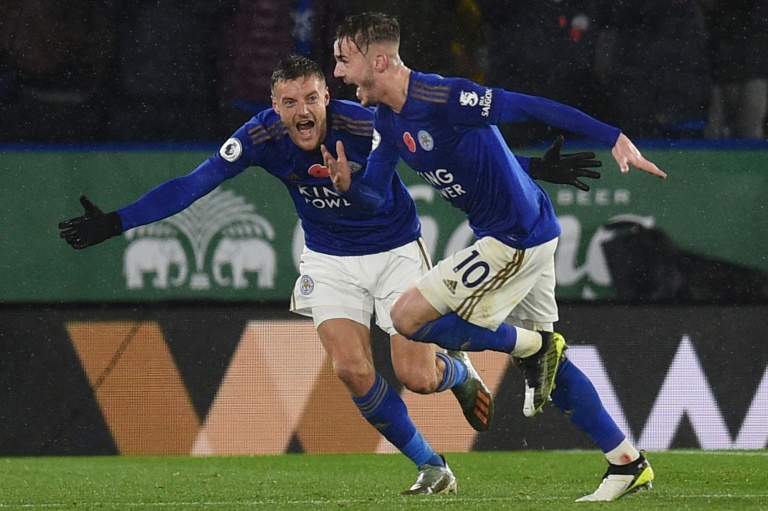 Leicester moved up to second in the Premier League as a 2-0 victory over Arsenal on Saturday further dented the Gunners’ hopes of a top-four finish.

Chelsea were also 2-0 victors against Crystal Palace as they too jumped above Manchester City into third.

But it was another woeful afternoon for north London’s big two as Tottenham were held 1-1 at home by Sheffield United to slip to 12th.

League leaders Liverpool host City in a highly-anticipated clash between the champions of Europe and champions of England at Anfield on Sunday.

Leicester and Chelsea took advantage of kicking off a day earlier to move a point ahead of City and close to within five of Liverpool.

Arsenal are now eight points adrift of the top four and will fall even further behind should City avoid defeat at Anfield.

Chelsea were equally as impressive with a patient performance to break down a defensively dogged Crystal Palace at Stamford Bridge.

Tammy Abraham opened the scoring as the England striker pounced on a deft flick through by Willian seven minutes into the second half.

Christian Pulisic then secured all three points when the American headed home his fifth goal in his last three Premier League games.

“A nice, solid win with a clean sheet.”