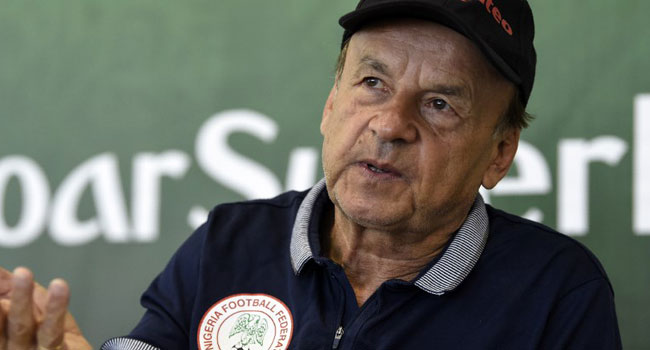 Super Eagles coach, Gernot Rohr, says captain, Ahmed Musa, advised him on team selection against Benin in their 2021 up of Nations qualifier on Wednesday.

Rohr at the team’s post-match conference that the Al Nassr forward sacrificed his spot in the starting line-up to give the younger players a chance. “

“It is wonderful to have a captain like Musa, he told me in the pre-match press conference to start the team that started against Brazil because he thought they did well.

“So we started the same attack like we did against Ukraine but made a little change. He said I should play other that are having good playing time with their clubs because he is just returning from injury.”

Musa says he is willing to help the team in any way he can but the younger players must be given a chance to show what they have.

“I don’t have to play, I wanted the coach to start the same team that played against Brazil because they played very good,” he said.

“You can see the young players are coming up so we have to give them the chance. Maybe Ahmed Musa is not going to be there anymore, we have to start grooming more players. To me the captain armband is not really a big deal; it is the team that matter.”