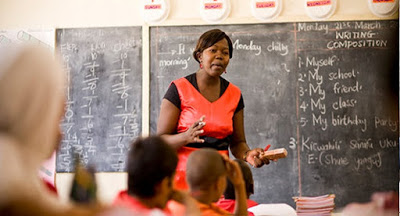 The Registrar of the Council, Professor Josiah Ajiboye, made this known in Abuja during a media briefing on the Special PQE which began on Thursday.

Ajiboye, who said that the council recorded an upsurge in the numbers of candidates registering for the exams, hinted that government would not shift the Dec. 31 deadline to end quackery in the teaching profession.

According to him, “the Dec. 1 deadline was not given by TRCN but the National Council on Education, which reaffirmed it in Kano, Port-Harcourt and Abuja.

“It was re-emphasised; we are standing by the deadline of Dec. 31st to end quackery in the teaching profession in Nigeria,” he said.

Ajiboye stated that 47Computer-Based Test Centres would be used for the teachers’ exams.

The TRCN Registrar disclosed that Commissioners of Education would be on the field to monitor the examinations and would be supported by technical staff from the council.

The TRCN Registrar stated that private schools had the largest number of candidates.

Ajiboye added that the council recorded 80 percent pass in the October 2019 PQ Examinations.

He identified technology as a major challenge confronting teachers at the early stage of the PQE, adding that performance had improved with the computer appreciation support from the Nigerian Union of Teachers to its members.

The News Agency of Nigeria (NAN) reports that the December PQE Special exams began on Thursday in some States and would continue to Saturday, Dec. 7. (NAN)