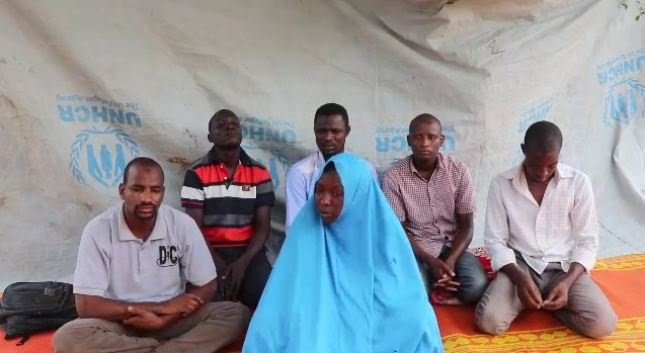 Four out of five abducted aid workers of Action Against Hunger (AAH), an international non-governmental organisation (NGO), have been killed.

Ahmed Salkida, a journalist known to have access to the leadership of Boko Haram, disclosed this in a series of tweets on Friday.

Six aid workers, five male and a female, were kidnapped by members of the Islamic State in West Africa (ISWAP) after their convoy was attacked in Damasak, Borno state, in July.

One of the aid workers, a male, was killed in September. The insurgents alleged that they took the action because “the government deceived them”.

According to Salkida, the remaining aid worker, Grace Taku, who is the only female, has not been killed but condemned to a “life of slavery”.

He quoted the insurgents as saying the execution of the four aide workers followed the breakdown of talks with the federal government.

“ISWAP executes four more, releases video. All four are male humanitarian workers of Action Against Hunger abducted since July, 2019. The only female amongst them, Grace Taku, according to ISWAP, is condemned to life of slavery,” he tweeted.

“ISWAP claims the execution was as a result of breakdown of talks with the government.”

“The government is not sincere and do not respect timelines,” reports an ISWAP source. Taku’s fate is now the same with other Christian female captives with the terror group.”

Reacting in a statement, AAH condemned the killing of the aid workers and asked for the immediate release of the surviving aid worker.

“The armed group responsible for kidnapping six humanitarian workers in north-east Nigeria on 18 July, 2019 today claimed they have executed four hostages. This brings the number of fatalities to five,” the statement said.

“Action Against Hunger extends its deepest sympathies to their loved ones and our colleagues in Nigeria.

“Action Against Hunger condemns these latest killings in the strongest terms and deeply regrets that its calls for the release of the hostages have not been acted upon.

“Action Against Hunger is extremely concerned and calls for the immediate release of its staff member, Grace, who remains in captivity.

In a statement on Saturday by the Special Adviser on Media and Publicity to the President, Femi Adesina, President Buhari expressed sadness over the development and commiserated with the family and loved ones of the aid workers.

“Evil will always be defeated by good at the end of the day. Whatever seeming victory evil records, eventually rebounds on the evildoer,” he said, “We are resolved to beat evil in this land, and we remain unrelenting till we achieve it.”

President Buhari urged all insurgents to lay down their arms and rejoin decent humanity.

Head of Public Information, UN Office for Coordination of Humanitarian Affairs (OCHA), Eve Sabbagh, in a statement on Saturday said the UN agency was sad by the killing of the aid workers.

He described the action as “tragic” and called for immediate release of aid workers still under captivity.

“I am deeply saddened and outraged by the news of the tragic killing of four aid workers who were held captive by armed groups for almost five months.

“My thoughts go to their families, friends and colleagues who are enduring unspeakable pain and hardship,” Mr Kallon said.

He described the action as another sad day for the people of Nigeria and the humanitarian community.

“I plead for the immediate release of Grace Taku, the only woman who was in the ACF team, and whose whereabouts remain unknown.

“I also call for the immediate release of Alice Loksha, a nurse and a mother, who was abducted during an attack in Rann in March 2018,” Kallon said.