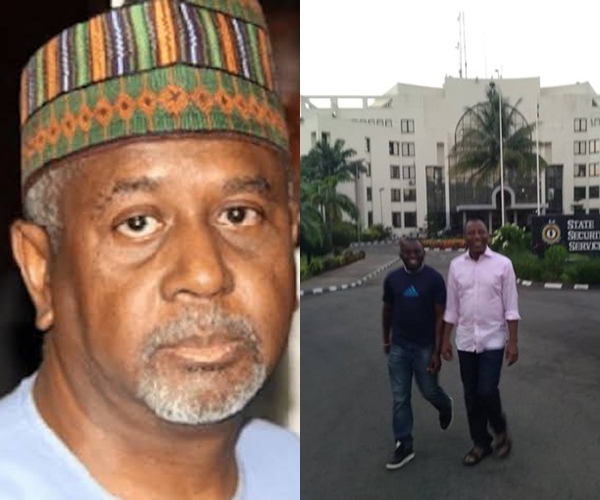 Dasuki was released by the Department of State Services (DSS) on Tuesday in Abuja, following the directive of the Federal Government.

The Minister of Justice and Attorney General of the Federation (AGF), Mr Abubakar Malami, had ordered the DSS to release the former NSA, as well as the convener of #RevolutionNow protests, Mr Omoyele Sowore.

In a statement personally signed by him, Malami explained that the decision to release the two men was in compliance with the bail granted to them by the court.

It is freedom at last for Mr Omoyele Sowore as he departs the office of the Department of State Service (DSS) in Abuja.

The convener of #RevolutionNow protests regained his freedom from the DSS custody on the directive of the Federal Government.

He was released moments after the Minister of Justice and Attorney General of the Federation (AGF), Mr Abubakar Malami, ordered the DSS to release Sowore and the former National Security Adviser (NSA), Colonel Sambo Dasuki (rtd).

Malami explained that the decision to release them was in compliance with the bail granted the two by the court.

Sowore was received by a group of supporters and one Mr Abubakar Marshal, a lawyer from the chambers of Mr Femi Falana.

As he departed from the DSS office, the activist chanted ‘revolution now and forever’, and wished Nigerians a Merry Christmas.