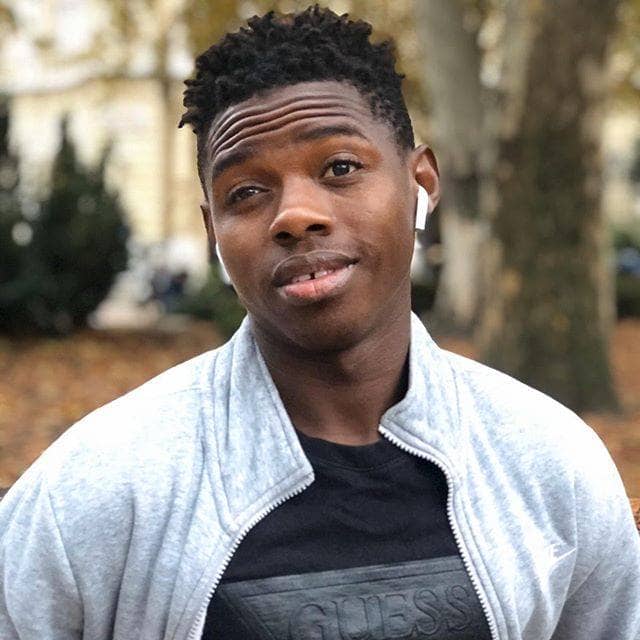 The desire to seek greener pastures in Europe among young Nigerian footballers is very common despite the challenges that comes with culture shock due to change of environment.

It is in the light of the above that a young Nigerian teenage footballer has revealed how he almost died in Hungary in the early period he got to the East European nation.

Sani Abacha, the 17-year-old Nigerian player that plies his trade with Budapest Honved FC in Hungary said he found it very difficult to eat European foods when he newly arrived the country to play the round leather game.

He disclosed his shocking experience of how the culture shock of the types of foods eaten in Hungary made him to start skipping meals because he found it difficult to eat those foods. He could only manage with bread and tea as breakfast and snacks.

“When I got to Hungary, they gave me foods that I could not eat. I was not comfortable with how the foods tasted in my mouth.

“I was only able to eat some snacks, then bread and tea as breakfast,” Abacha told Francis Achi .

“Football is energy sapping and I needed to eat well so as to do well in training.

“But I was not eating very well during that period. I thank God that it did not affect my performance on the field,” he added.

“I was feeling sick for about two months. I felt I was dying. I adapted quickly to their weather but it was very difficult for me to adjust to their foods.

“In short hunger almost killed me in Hungary that period as I was not able to eat Nigerian foods,” he further said.

“After about three months, I adjusted to their foods in Hungary and it is now normal for me, but at my early stage in the country, I felt I wanted to die.

“Now I eat their foods and if I feel like eating Nigerian foods, I eat that too.

“I normally eat pounded yam and egusi soup once in a while, but I am yet to see or eat tuwo shinkafa in Budapest,” he concluded.