Rocky Johnson, former WWE tag team champion and WWE Hall of Famer, has died at the age of 75, WWE confirmed on Wednesday.

“WWE is saddened to learn that Rocky ‘Soul Man’ Johnson (born Wayde Douglas Bowles), a WWE Hall of Famer, former World Tag Team Champion, and father of Dwayne ‘The Rock’ Johnson, has passed away at age 75,” the WWE statement read.

Johnson began wrestling in 1964, working his way to the point of becoming a top star in the territorial wrestling days and challenging for the NWA worlds heavyweight championship multiple times, coming up short against Jack Brisco, Terry Funk, and Harley Race. Johnson also held the NWA television championship on two separate occasions.

Arguably the greatest in-ring accomplishment of Johnson’s career, however, came when he returned to work for the then-WWF in 1982. Johnson teamed with Tony Atlas as The Soul Patrol, and the duo defeated The Wild Samoans in a no disqualification match on Nov. 15, 1983, to win the WWF tag team championship. Atlas and Johnson made history on that night by becoming the first African American tag team to hold the prestigious titles. 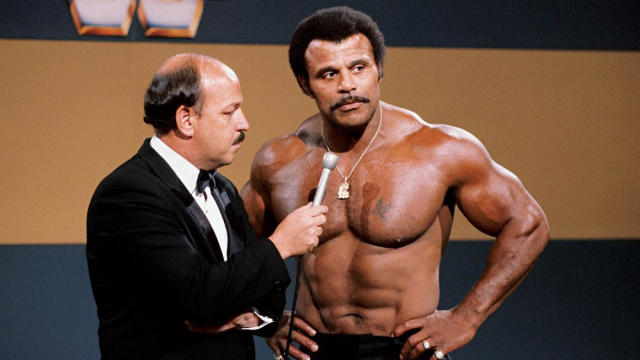 Johnson would retire in 1991 but continue to have a massive impact on the wrestling world as he worked with fellow WWE Hall of Famer Pat Patterson to train his son inside the squared circle. This was the catalyst to the rise of one of the biggest stars the pro wrestling business has ever known.

The Rock went on to become a massive force in Hollywood and was the man to induct his father into the WWE Hall of Fame in 2008.