Italy passed a grim milestone on Thursday when it overtook China as the country with most reported deaths from the new coronavirus sweeping the planet.

The world has stepped up its war to try to contain the rapid spread of COVID-19, with several countries imposing lockdowns that are keeping tens of millions of people trapped in their homes.

But the death toll has soared in Europe even as China saw a glimmer of hope with zero new domestic cases reported for the first time. 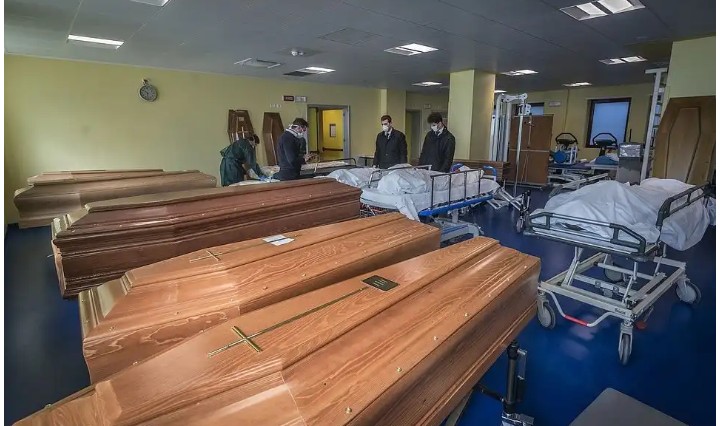 Italy announced another 427 fatalities on Thursday, taking its total to 3,405, according to an AFP tally.

Globally, the death toll from the virus — whose main symptoms are a dry cough and fever — has risen to over 9,000.

Countries have tightened border controls and unleashed nearly a trillion dollars to prop up the teetering world economy, only to see the once-in-a-century pandemic seemingly spiral further out of control.

China listed no new domestic infections for the first time since the outbreak first erupted in the central city of Wuhan in December, before spreading worldwide.

It appeared to have staunched the virus with strict measures including a complete quarantine of Wuhan since January, meaning the number of infections and deaths in the rest of the world have surpassed those in China.

But there were fears that Asia faces a second wave of cases imported from abroad, with 34 new cases reported in China, the highest figure for two weeks.