Dillian Whyte believes Anthony Joshua never really wanted to face him in a rematch in 2019.

The two sides were in serious talks in the early part of 2019, for a rematch clash on an April date in the UK. Joshua and his handlers had claimed Whyte overpriced himself, which led them to select Jarrell Miller as their opponent for a planned United States debut in June at Madison Square Garden in New York City.

Miller was eventually pulled from the fight, after testing positive for performance enhancing drugs in several pre-fight drug tests, and he was replaced by Andy Ruiz – who pulled off a massive shock when he dropped Joshua four times and stopped him in the seventh round. 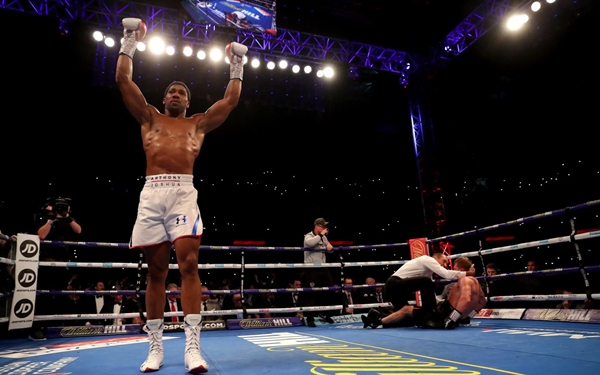 Joshua and Whyte collided in the fall of 2015. Whyte rocked Joshua early on, with Joshua rallying down the stretch to stop Whyte in the seventh round.

In the present, Joshua is still scheduled to defend the IBF, IBO, WBA, WBO heavyweight titles against Kubrat Pulev on June 20 in London, and Whyte is slated to fight Alexander Povetkin on May 2 in Manchester.

Whyte believes Joshua and his handlers were only looking to give off the appearance that they wanted the rematch, for press clippings, but never truly intended to finalize that fight.

“I’ve been saying I want the rematch since the fight. I know they were going to fight Miller in June, in America, which I said months before the fight. They came to me and tried to kid me. You guys gave Miller 20 weeks, why are you trying to give me seven weeks, because they wasn’t serious about the fight,” Whyte said.