The Oyo and Ekiti state government on Tuesday announced the recovery of COVID-19 patients in their respective states.

This came moments after the Oyo state governor, Seyi Makinde, tested positive to the infection.

“The news of Makinde’s positive test came on the heels of the release of the state’s index case from the COVID-19 isolation centre,” Taiwo Adisa, the chief press secretary of Mr Makinde, wrote in a press statement issued on Monday evening.

“The release of the patient was consequent upon the completion of his treatment at the Agbami Chest Hospital isolation centre, Ibadan.

“The American returnee had initially tested negative only for the second test to read positive.

“The index case had been on self-isolation at a private residence in Ibadan until he was transferred to the isolation centre at Agbami, Jericho area of Ibadan on March 23.”

The index case was released after two consecutive negative tests, the statement added.

The statement also quoted the state’s incident manager, Taiwo Ladipo, as saying that the confirmed case spent six days in the isolation centre and had two negative tests.

MORE:  How to apply for MSME Survival Fund registration portal

“He is well and very stable and is now back to his house. The infectious disease specialist will be reviewing him for follow up action,” the official reportedly said.

Meanwhile, the Ekiti state governor has also announced that the state has no CODVID-19 case after the only confirmed case was discharged on Tuesday. 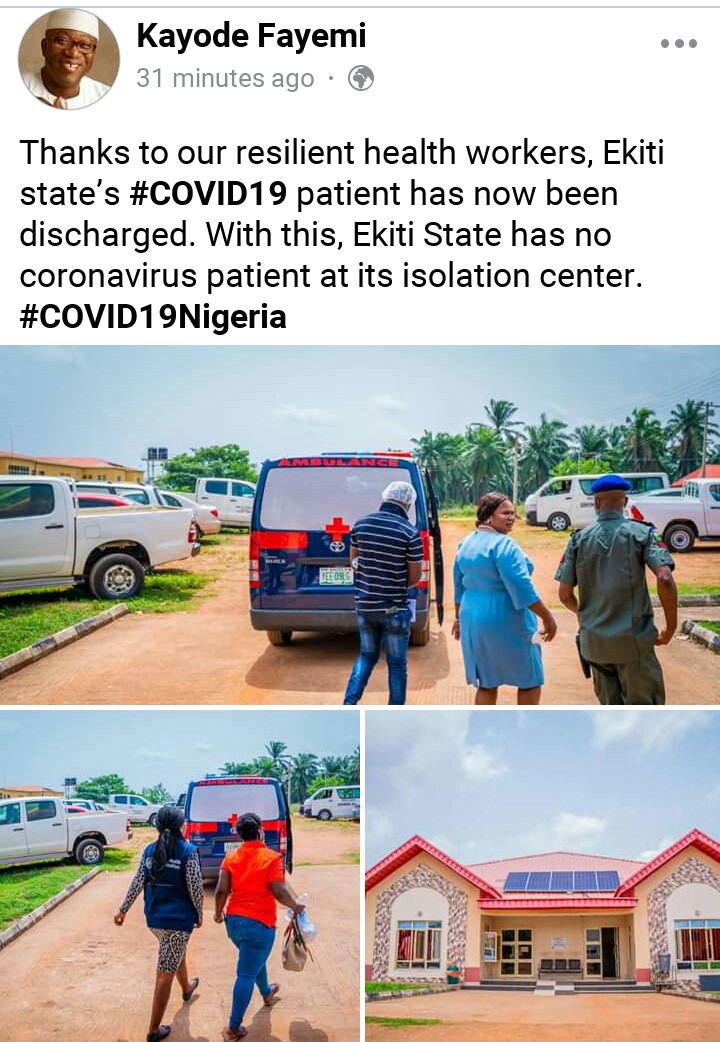 According to official data as at the time of filing this report, Nigeria has a total of 131 COVID-19 cases and two deaths. Of the 131 cases, Oyo has eight.