MTN Nigeria has added 3 new network prefixes to its preexisting 10, which brings the tally to 13.

On the 11th of March, 2020, MTN Nigeria added the network prefixes, 0704, 07025, 07026 to its Network. The prefixes, which were formerly for visafone numbers were launched 3 years after the acquisition of visa one by MTN Nigeria.

As Number ranges get exhausted, new ones are unveiled. For instance, when “0803” and “0806” numbers got exhausted around 2009, MTN Nigeria unveiled the 0813 Numbering range

Therefore, with the emergence of the new network prefixes, potential subscribers can purchase their new MTN lines, and opt for which of the three prefixes they prefer.

For subscribers that are unsure of which Network Prefix is peculiar to MTN Nigeria, Geeky Nigeria has compiled a comprehensive list of their Network Prefixes. 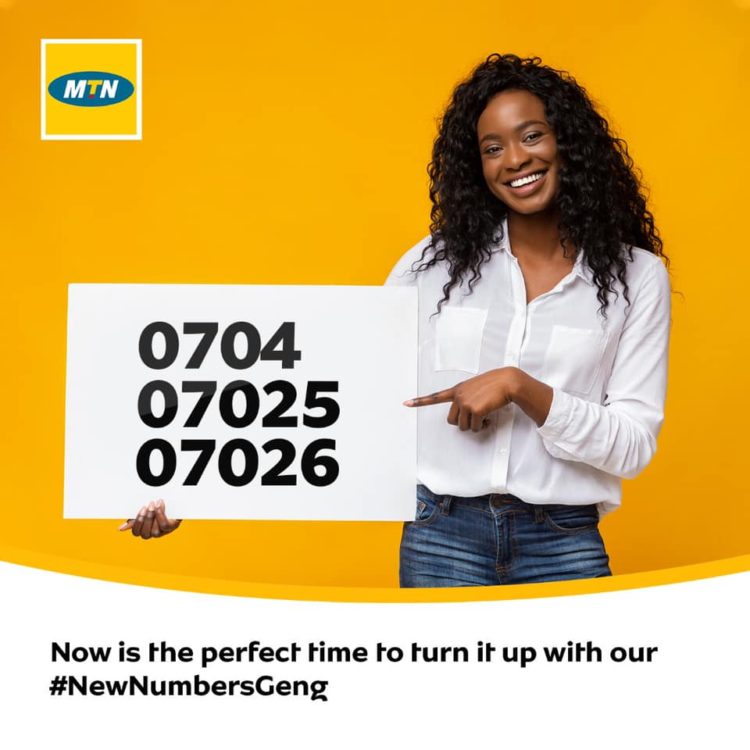 07025
The “07025” prefix was formerly associated with the now-defunct Visafone. MTN Nigeria acquired Visafone in late December 2015.

07026
The prefix was for the defunct Visafone, which was acquired by MTN Nigeria.

0703
One of MTN Nigeria’s pioneering Network prefixes. It was launched in 2007 after they acquired the Unified Access license.

0803
MTN Nigeria started commercial operations via the 0803 prefixes in 2001. It was the first to be used by the Network.

0816
The prefix was launched in December 2009. That same year, MTN Nigeria was quoted to have secured approval from NCC for submarine cable landing stations.