Thousands streamed out of the Chinese city of Wuhan Wednesday after a lockdown on the birthplace of the coronavirus was lifted, offering a ray of hope even as Europe and the United States faced rising deaths and crippling economic pain.

As Wuhan reawakens, Western countries remain in the throes of a crisis that has claimed the lives of more than 80,000 people worldwide and forced around half of humanity into s, some form, of lockdown.

The hardest-hit countries, among them Italy, Spain, France and the US, are grappling with how to balance public safety with the devastating impact of shutdowns that have erased millions of jobs, sent financial markets plunging and pummelled major industries from travel to construction.

In an alarming calculation of the economic costs, the French economy recorded its worst performance since 1945 during the first quarter, shrinking some six percent.

Germany’s economy, the biggest in Europe, is also expected to fall into a “serious recession” and shrink by nearly 10 percent in the second quarter, leading researchers warned.

Yet health experts stressed it is too early to loosen restrictions that could accelerate the spread of a disease that has infiltrated every layer of society, from refugees to royals to Britain’s Prime Minister Boris Johnson, who entered his third day in intensive care.

“Now is not the time to relax measures. It is the time to once again double and triple our collective efforts to drive towards suppression with the whole support of society,” said the World Health Organization’s regional director for Europe, Hans Kluge.

In the ground-zero city of Wuhan, who led the world with its unprecedented lockdown, strict measures appeared to have paid off. 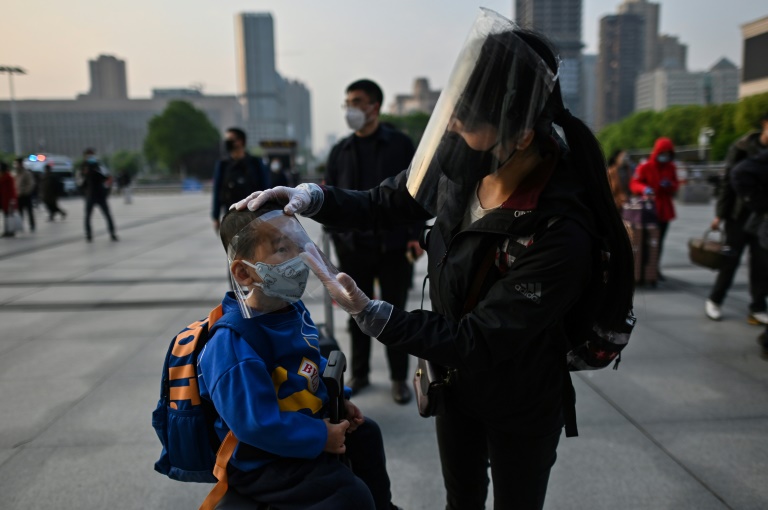 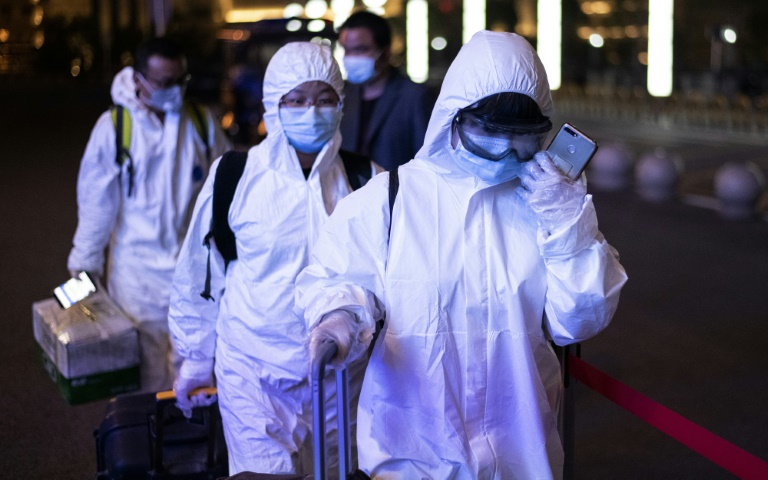 After a nearly 11-week travel ban was finally lifted, tens of thousands of people fled the city in joyous scenes that contrasted with the macabre mood around much of the world — even if some passengers were travelling in hazmat suits.

Yet not all is back t,o normal, with schools still closed and travel discouraged.

At the train station a robot whirred through crowds to spray their feet with disinfectant as it played a recorded message reminding them to wear face masks.

Passenphonesalso had to pass temperatures checks and show green “health codes” on their phone, which are calculated in part by whether their neighbourhoods have been declared virus-free.

“Wuhan has lost a lot in this epidemic, and Wuhan people have paid a big price,” a 21-year-old man surnamed Yao told AFP.

“Now that the lockdown has been lifted, I think we’re all pretty happy.”