Mark Clattenburg has refereed the world’s greatest players and taken charge of the biggest matches, including finals of the European Championship, Champions League and FA Cup.

But while there have been plenty of successes, there have also been challenges and a number of players proved tough for Clattenburg – and his peers – to handle on the pitch

Here, Sportsmail’s columnist tells Craig Hope the five most irritating players he has presided over. ASB news is sharing that of Mikel today. 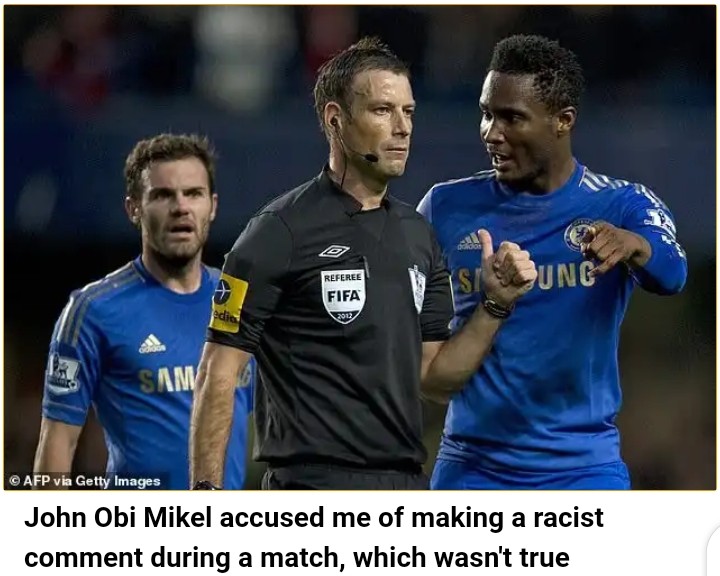 I have picked Mikel because of the incident during a Chelsea v Manchester United match in 2012 when he accused me of making a racist comment, which was not right and I was later cleared by the FA.

He has never apologised and that is disappointing because it could have ruined my life. I fell out of love with refereeing for a while after that but couldn’t quit because I had a family to support and no other career to pursue.

It all left a bad feeling that still lingers today.

Mikel only heard the allegation from his team-mate Ramires, who did not speak English. Other Chelsea players have since apologised but nothing from Mikel.

He had the chance to say sorry and speak to me about it during a Nigeria friendly in the United States before the World Cup in 2014, and I would have welcomed that, but nothing, sadly.

MORE:  Rohr speaks about Mikel and Ighalo exit from his Nigeria squad