Four Minneapolis police officers have been fired for their involvement in the death of a black man who was held down with a knee as he protested that he couldn’t breathe, officials said Tuesday.

The FBI is investigating the incident, which drew widespread condemnation of the officers after a video showing part of the encounter circulated on social media.
The death of George Floyd, 46, drew hundreds of people to the streets of Minneapolis on Tuesday.

Protesters — many wearing face masks — held “I can’t breathe” signs and chanted together near the site of Monday’s incident. 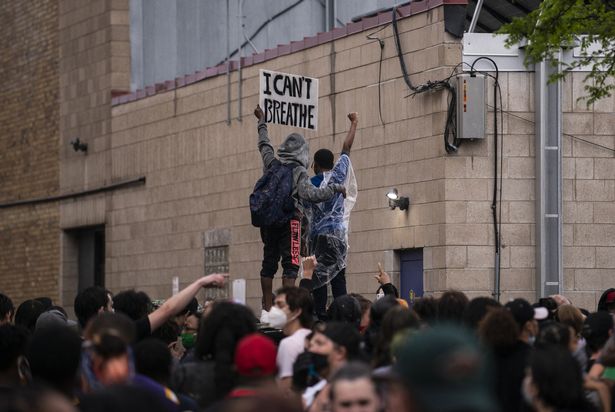 Some motorists honked in support.

Later in the evening, police attempted to disperse the crowds outside the Minneapolis Police 3rd Precinct after a front glass window was smashed, John Elder, director of the office of public information for the police department, told CNN.

Officers responding to an alleged forgery in progress Monday evening were initially told that a person later described as the suspect was sitting on a car and appeared to be under the influence, police said.

A pair of officers located the man, who was at that point inside the car and who police said “physically resisted” the officers when ordered to get out. Officers handcuffed the man, who “appeared to be suffering medical distress,” according to police. He died at a hospital a short time later, police said.