The knockout didn’t come as expected, but Efe Ajagba’s Top Rank debut ended with his hand raised, on Saturday, September 19, 2020.

Efe Ajagba hoped to make more of a statement in his first fight under new management. Instead, the heavyweight prospect had to settle for winning tonight and looking good the next time. 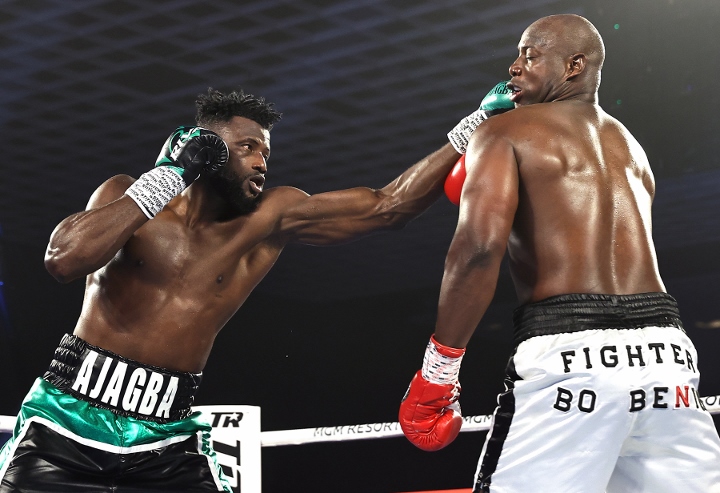 Ajagba remains perfect as a pro, claiming a ten-round decision over Jonnie Rice in their ESPN+ televised contest Saturday evening at The Bubble in Las Vegas, Nevada.

Judge Max DeLuca had the bout 98-92, while judges Adalaide Byrd and Dave Moretti scored it 99-91 in favor of Ajagba.

A slow-paced opening round worked to the benefit of Ajagba, who entered the ring with an entirely new team in tow.

The bout was his first since signing with Hall of Fame promoter Bob Arum’s Top Rank outfit, and with boxing managerial powerhouse James Prince. 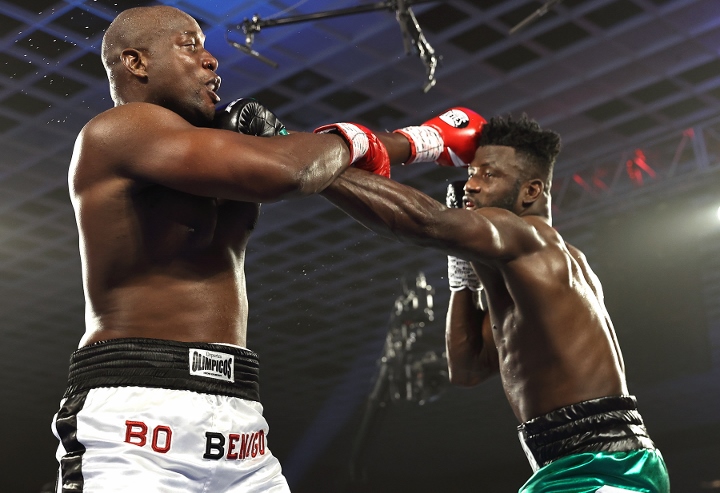 It also comes with renowned cornerman Kay Koroma as his new head trainer, with the union designed to draw out Ajagba’s untapped pure boxing skills.

The heavy-handed heavyweight reverted to his power-punching ways midway through round two.

Ajagba buried a jab in the face of Rice, throwing an overhand right behind it which briefly rocked his Los Angeles-based foe. 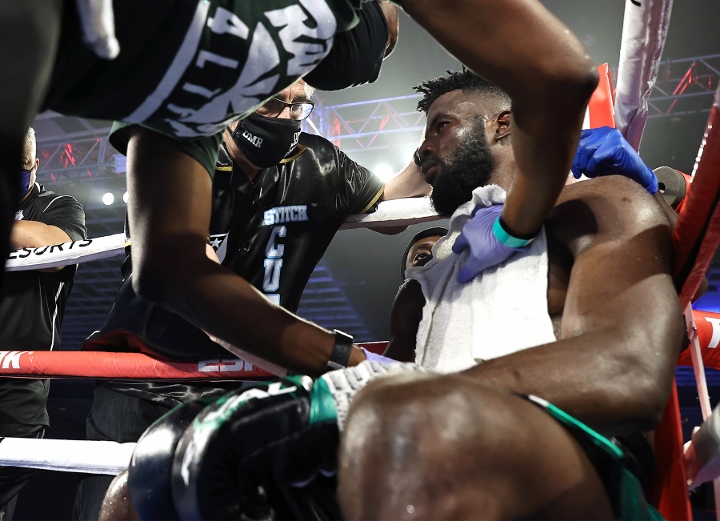 Ajagba took his attack downstairs late in the frame, dipping down and connecting with a jab to the body.

Rice—who trains out of the Las Vegas gym of former 122-pound titlist Clarence ‘Bones’ Adams—scored his best punch of the fight to that point early in round three, connecting with a counter right hand against an oncoming Ajagba. 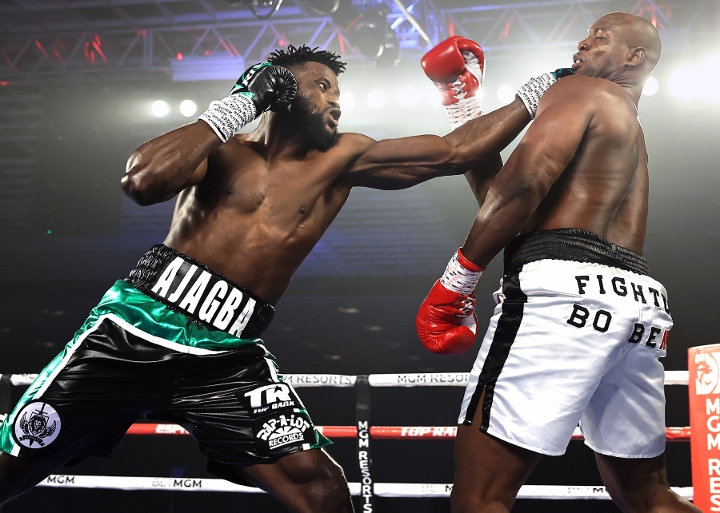 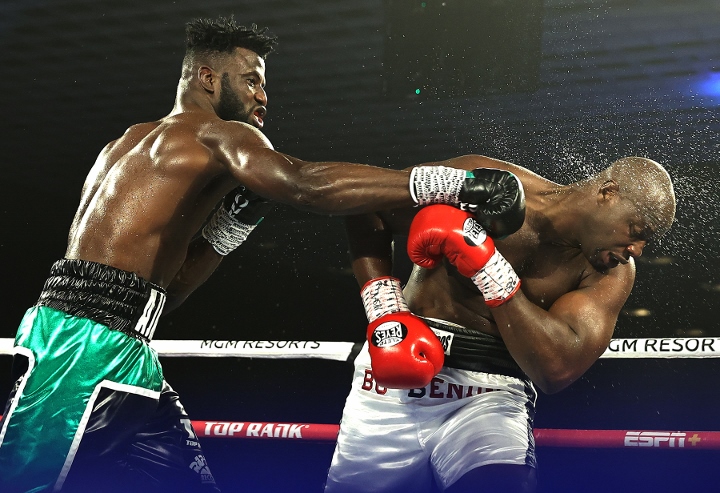 It proved to be a singular moment, although his ability to create space slowed down the pace of the fight.

Ajagba connected with a long right hand late in the round, though lacking the necessary follow-up to close the show. 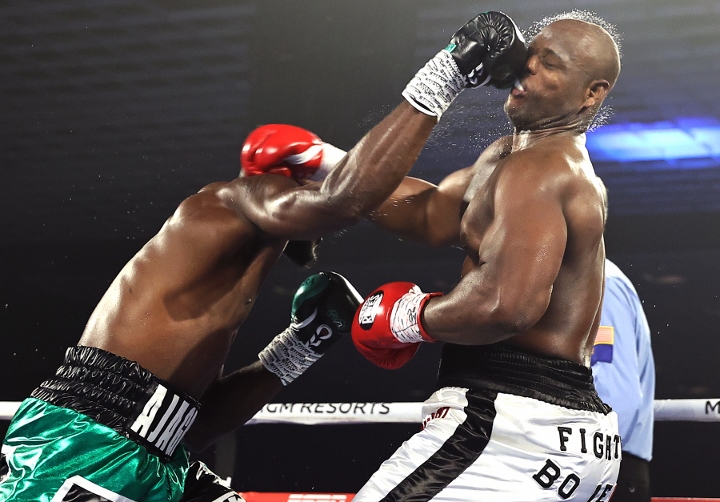 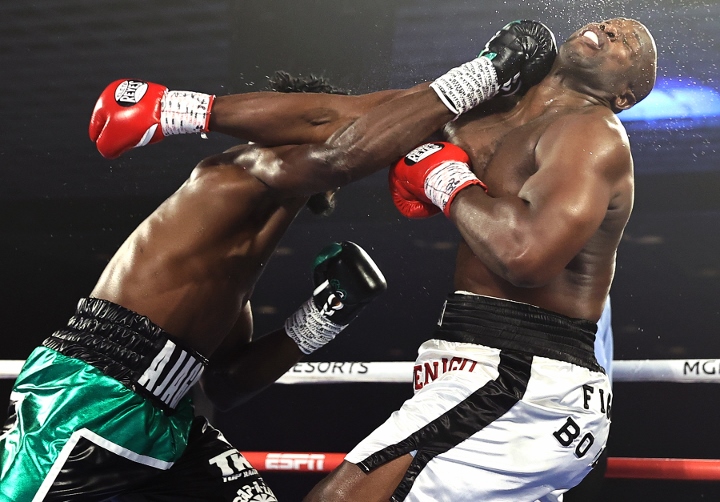 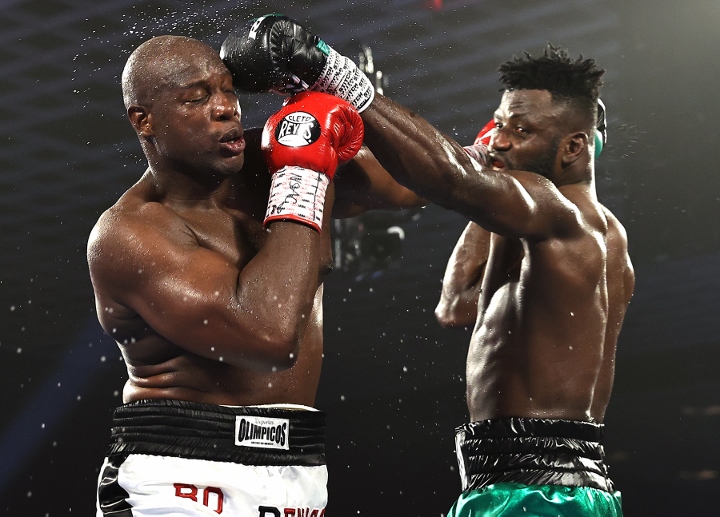 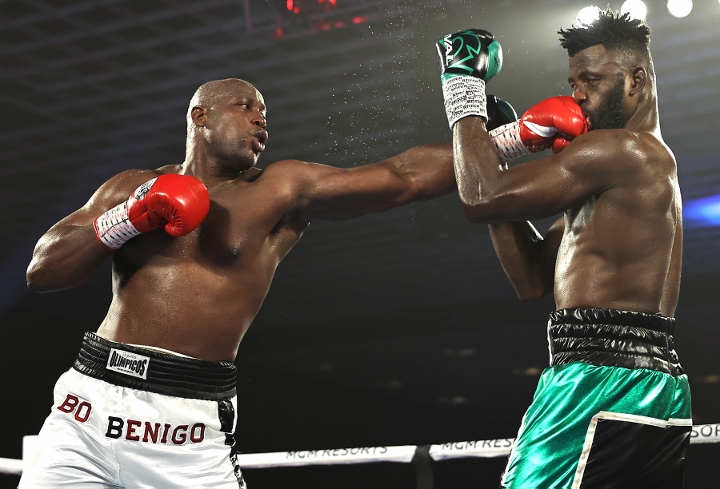 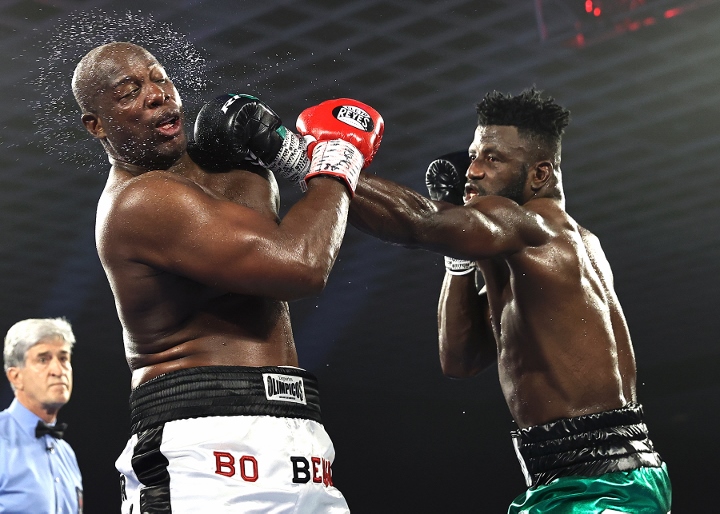 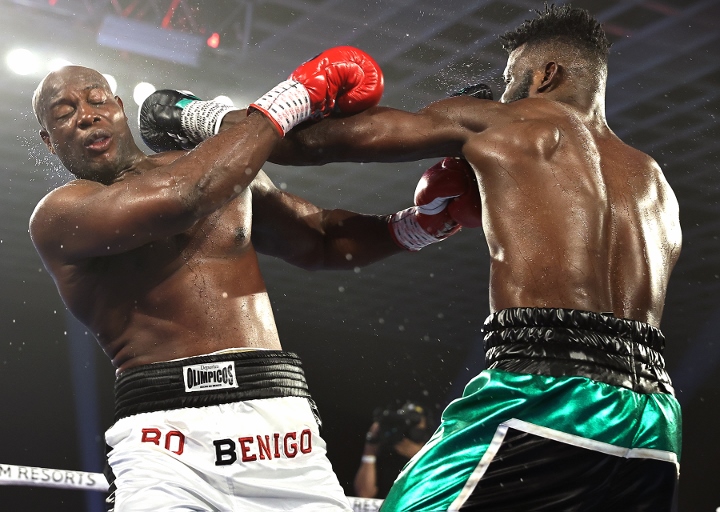 Ajagba stuck with the basics in the middle rounds. The 2016 Nigerian Olympian pumped a steady, purposeful jab while focusing on defense in round five after getting caught with a few too many counter shots for his corner’s liking in the preceding frame.

The pace of the bout never picked up over the course of the second half of the bout.

Rice’s game plan was to minimize Ajagba’s normally high punch output, reducing the Houston-based heavyweight to barely 40 punches per round after averaging more than 66 heading into the night.

Giving away far too many rounds, Rice finally made a statement in round nine. Ajagba walked straight in, leaving his head in the line of fire for a counter right from Rice.

It provided a spark in his corner, with the urging to let his hands go and create something dramatic in the 10th and final round.

Instead, it was Ajagba returning to the stick. The unbeaten prospect doubled up on his jab, though not offering a right hand behind it to make Rice pay. Ajagba continued to stick and move, keeping Rice off balance as he was content to go the distance for just the second time in his career—both times going ten rounds.

The last such occasion where Ajagba was taken this deep also came on MGM property, outpointing previously unbeaten Ali Eren Demirezen last July at MGM Grand Garden Arena. That fight saw Ajagba fight through an injured elbow for much of the night, with the 26-year old heavyweight reportedly injuring his right hand in his ESPN+ debut.

Rice suffers his second straight defeat in falling to 13-6-1 (9KOs), both coming versus unbeaten opposition. The 33-year old journeyman was stopped in the 10th and final round of a March 7 clash versus Demsey McKean on the road in Queensland, Australia.

The bout served as the chief support to a junior welterweight crossroads bout between a pair of 2008 Olympians in former two-division titlist Jose Pedraza (27-3, 13KOs) of Cidra, Puerto Rico and Norwalk, California’s Javier Molina (22-2, 9KOs).