The World Trade Organization is set to have its first female leader after Nigeria’s Ngozi Okonjo-Iweala and South Korea’s Yoo Myung-hee made it through Thursday to the final run-off.

Whoever wins the contest — with a decision due before November 7 — will take over an organisation mired in multiple crises and struggling to help member states navigate a severe global economic slump triggered by the coronavirus pandemic.

Roberto Azevedo stepped down as WTO chief in August a year ahead of schedule. The initial pool of eight candidates to replace the Brazilian career diplomat was narrowed down to five in last month’s first round. 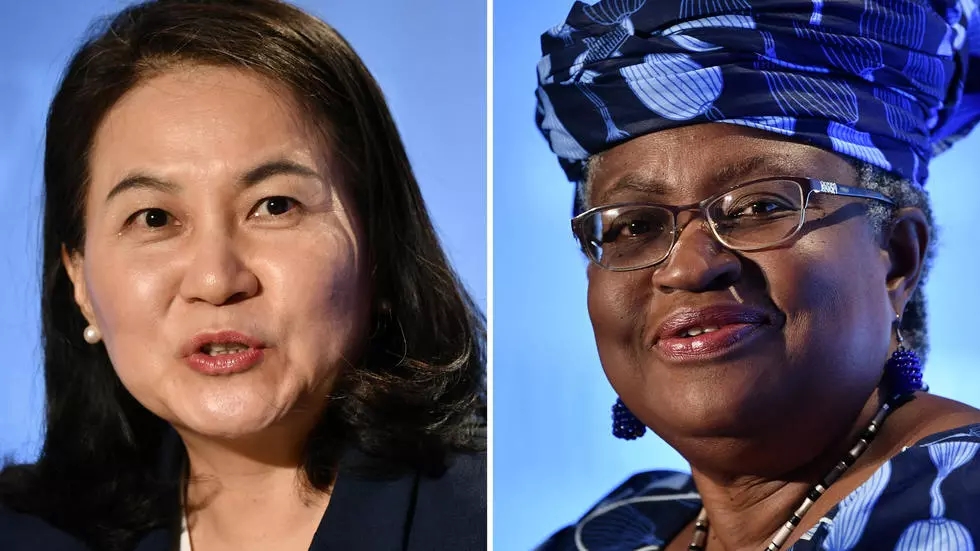 Okonjo-Iweala and Yoo saw off competition from Britain’s Liam Fox, Kenya’s Amina Mohamed and Saudi Arabia’s Mohammad al-Tuwaijri in the second round of the battle to become the next WTO director-general.

“All three of the departing candidates’ delegations agreed to withdraw and wished their very best to the two ongoing candidates, Minister Yoo and Dr Ngozi,” WTO spokesman Keith Rockwell told reporters at the global trade body’s headquarters in Geneva.

Rather than voting, the WTO’s 164 member states narrow down the field by a process of finding consensus around candidates.

The third stage of consultations will run from October 19 to October 27, with a winner to be announced before November 7, said Rockwell.

Okonjo-Iweala and Yoo received a boost earlier this week when EU member states officially threw their weight behind them.

Okonjo-Iweala, 66, served as her country’s first female finance and foreign minister, and has a 25-year career behind her as a development economist at the World Bank, eventually becoming its number two.

She is also on Twitter’s board of directors and is a special envoy for the World Health Organization’s Covid-19 fight.

If Okonjo-Iweala wins, she would become the first African to lead the global trade body.

Yoo, 53, is South Korea’s first female trade minister. She has enjoyed a career in trade diplomacy and foreign affairs in which she struck free trade agreements with China and the United States.

“Both of the women in the final round are remarkably well-qualified,” Rockwell said.

“This is something on which everyone is agreed. We’ve been impressed with them from the very beginning. They are people with long experience dealing with tricky issues.

“It’s clear that whichever woman assumes this job will have a very full plate from day one.”

MORE:  More than 20 people killed in post-election unrest in Guinea

Already before the Covid-19 crisis hit, the WTO was grappling with stalled trade talks and struggling to curb tensions between the United States and China.

The global trade body has also faced relentless attacks from Washington, which has crippled the WTO dispute settlement appeal system and threatened to leave the organisation altogether.

“We do need a director-general, and the sooner she can take office, the better,” Rockwell said.

He insisted that the timetable for picking the next leader was not linked to the US presidential election on November 3, and fears that the campaign for the White House might cripple the WTO leadership process have not materialised.

“I don’t think the domestic political situation of any country has really entered into this at all,” Rockwell said.

The WTO forecast on Tuesday that global trade, devastated by the coronavirus crisis, will shrink by less than previously expected this year at minus 9.2 percent, but the rebound in 2021 will also be much weaker than previously forecast at 7.2 percent.