A police constable attached to Kenyan Interior Cabinet Secretary, Fred Matiangi’s office shot and killed his wife before turning the gun on himself.

Hadson Mkondo Wakise, who was attached to VIP protection at the Ministry of Interior, reportedly shot his wife Pauline Wakasa, a traffic officer attached to Nairobi’s Kilimani Police Station on Tuesday, April 6. 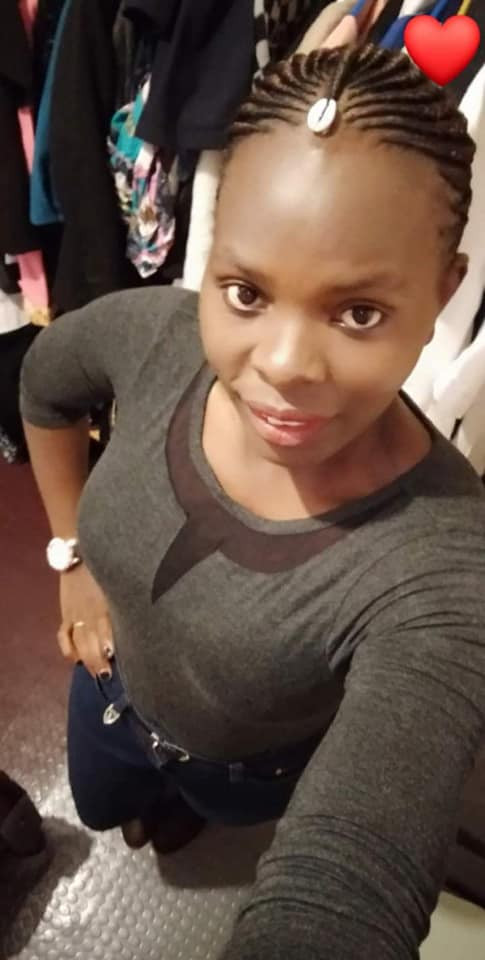 A police report seen by The Standard says that a domestic altercation ensued between the two officers, just minutes after he arrived home from work.

“They started exchanging bitter words and the wife accused him of infidelity. As a result, the said husband went out of the house and shortly returned to the sitting room. Suddenly, he drew out his Jericho pistol and fired several rounds at his wife’s chest killing her instantly,” the report says. 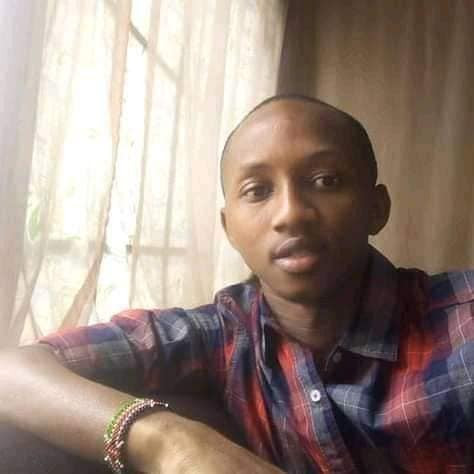 Inspector-General of Police Hillary Mutyambai, who confirmed the events leading to the death of the two officers, on Wednesday morning, said the incident happened at 3pm.

“PC Wakise who had been off duty since April 1, reported back to work yesterday but left at 3.00 pm and retired to his residence at GSU camp. It is alleged that he shot and killed his wife before turning the gun on himself, ending both their lives,” Mutyambai said.

MORE:  US calls for pause on J&J vaccine after 6 reported cases of rare blood clot

Police say the bodies were found in the couple’s sitting room. They also collected a pistol, nine spent cartridges, and two magazines.

Meanwhile, Interior CS Fred Matiang’i has mourned the two officers as ‘young and vibrant’, while underlining mental health problems that many officers could be facing.

“I am deeply pained by the tragic incident involving PC Hudson Wakise and his wife PC Pauline Wakasa both young and vibrant Police officers with brilliant futures tragically ended in their shocking demise. It’s a rude awakening to psychosocial challenges amongst some of our young officers that we have no choice but to now pay greater attention to. My sincere condolences to their families” the Minister said.

Their bodies have been moved to the Kenyatta University Hospital morgue. 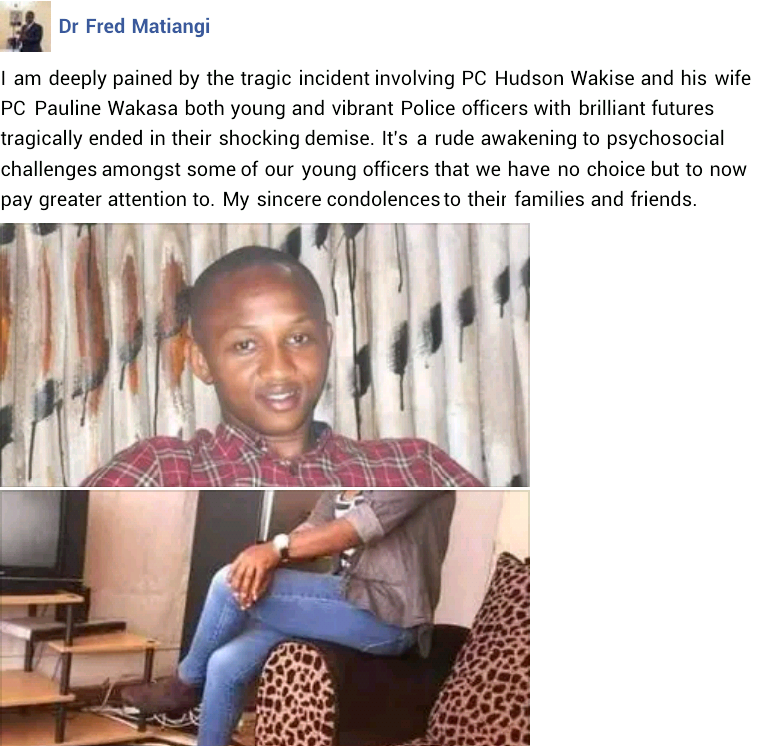 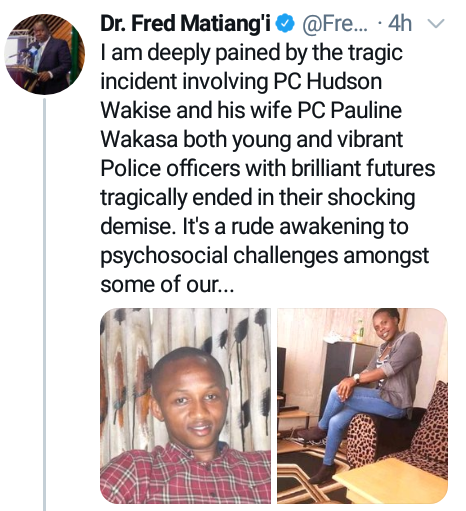